A whopping 2/3 of American voters believe President Donald Trump will get a second term. This latest poll, released by CBS News on Sunday found that most voters think the race will be tight, but Trump will still win in November.

The survey found that Trump will face a tight race with any of the likely Democratic nominees. Thirty-one percent of registered voters said the president will definitely win a second term, and 34% said he probably will, for a total of 65% expecting him to be reelected. A total of 35% disagreed; 23% said he “probably will not” win, and 12% said he would “definitely not” win.

While polls can be deceiving (everyone remembers Hillary Clinton was expected to beat Trump in a landslide back in 2016), it could show that democrats have given up some hope that their party has an answer to the “booming” economy. Regardless of the economy being fake and highly manipulated, low information voters tend to attribute how well they are doing financially to the guy sitting in the Oval Office.

Republicans were overwhelmingly certain of Trump’s victory: 9 in 10 predicted his reelection. But still, more than a third of Democrats agreed he would likely win. According to USA Today, opinions on the race appear to be firmly set for most voters. Sixty-three percent said their minds are made up no matter who the Democratic nominee ends up being, and 61% said they wouldn’t change their position no matter what Trump does in the next year.

In the battle for the nomination to take on Trump, Sanders – who won decisively in Nevada’s caucuses on Saturday – was the top choice of 28% of likely Democratic voters. Next was Warren at 19%, followed by Biden at 17%, Bloomberg at 13%, Buttigieg at 10% and Klobuchar at 5%. Only 12% of those voters said it was likely they would change their minds before casting their ballot, though 46% said it was a possibility. –USA Today

The Polls Are Skewed, the Vote Is Rigged: “Clinton Has 95% Chance of Winning”

On Tuesday Feb25th 2020, Roger Stone was in federal court to question two jurors whom showed bias before, during and after his federal trial. Judge Amy Berman Jackson used the opportunity to attack President Trump, Tucker Carlson and Alex Jones for daring to speak out about the obvious Kangaroo court being held to punish Roger Stone.

Also, Ultra 12 is back by popular demand! Get the ultimate source of energy at 40% off now! 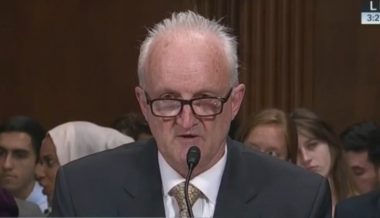