TEL AVIV – With all the votes tallied, Prime Minister Benjamin Netanyahu’s Likud party gained almost 30 percent of the votes as of Wednesday evening, indicating a major victory that well surpasses its results in the previous two Israel elections but still three short of forming a majority.

The question remains as to whether or not the ruling party will be able to form a government on its own.

Some 97 percent of the 4,156,479 ballots cast in regular polling stations had been counted by Tuesday afternoon, CEC director-general Orly Ades said, with the remaining three percent undergoing checks for accuracy. Votes from soldiers, prisoners, diplomats, and those from the 14 coronavirus polling stations have yet to be tallied.

Almost 30 percent of the total votes went to Likud, which translates into 36 seats. The main rival Blue and White party nabbed 26.34 percent of the votes, equaling 32 seats and marking the worst outcome of the past year’s elections.

Even if the numbers do no’t change much once the rest of the votes are tallied, Netanyahu still has room to maneuver. 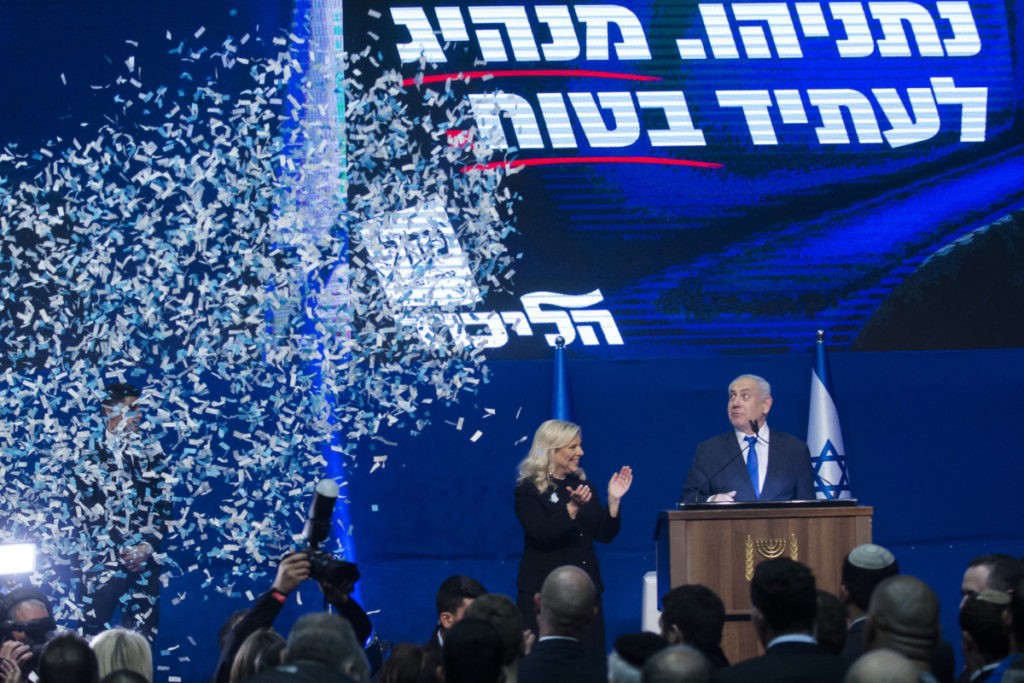 “We stood up against enormous forces. They already eulogized us. Our opponents said the Netanyahu-era is finished. But together we changed the script. We turned lemons into lemonade,” he said.

He added he would begin talking to his coalition partners immediately about forming a government and “healing divides.”

Gantz conceded the disappointing show for his party but attempted to remain optimistic.

It was the “biggest election success in decades,” he said.

He added that Netanyahu’s chances at building a coalition still threatened a “dark future.”

“Brothers and sisters, you have created a historic day,” Odeh said in Arabic. “From the first elections in 1949 until today, we have not received this degree of support and this number of seats.”

“I call on left-wingers not to despair or soul-search, but rather to think about partnership and a principled alternative,” he said later, and explained that he was talking about “real peace and democracy, actual equality between Arabs and Jews and social justice for all disadvantaged persons.”