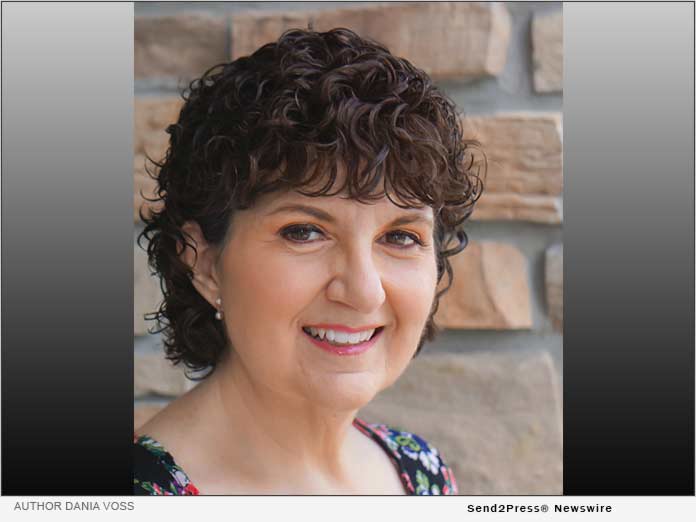 Voss’s books will join Astrobotic’s Peregrine Mission 1, launching this fall and landing on Lacus Mortis on the moon. Astrobotic is a space logistics company and an official NASA partner. This will be the first American moon landing since Apollo 17 in 1972.

The project’s digital payload will be uploaded onto a SanDisk Extreme microSD card and will remain on the moon indefinitely. The hope is that the snapshot of indie fiction from around the world in 2021 will reveal the humanity of today, to the readers of tomorrow.

“I’m embarrassed to admit I nearly didn’t participate, but expressed my interest on the final day Susan was accepting applications for this amazing voyage,” Voss explains. “I’m thrilled to be included in this project with so many other talented authors and creatives.”

Voss chose her award-winning romance novel “Hannah’s Bliss” featuring International Italian model Luca Pantini on the cover, to be highlighted and listed on the mission’s manifest. The other books in the Windy City Nights series, also part of her payload include novels “On the Ropes,” “The Warrior’s Whisper,” and novella “Off the Hook.” The steamy romance series takes place in and around Chicago.

Award-winning author Dania Voss writes compelling, sexy romance with personality, heat, and heart. She brings her background as an Italian born in Rome and raised in Chicagoland to create stories with authentic, engaging characters. A favorite with romance readers, her debut novel “On The Ropes,” the first in her Windy City Nights series, was nominated as Best Contemporary Romance in the 2018 Evernight Publishing Readers’ Choice Awards.

The second and third installments in the Windy City Nights series, “The Warriors’ Whisper” and “Hannah’s Bliss” received 5-star reviews from Readers’ Favorite(r). “Hannah’s Bliss” received a 5-star review from The TBR Pile and was voted April 2019’s Book of the Month. “Hannah’s Bliss” earned an award in the Oklahoma Romance Writers of America’s 2020 International Digital Awards contest. All three novels in the series were designated as Recommended Reads in the 2019 Author Shout Reader Ready Awards. Dania’s work has been highlighted on NBC, ABC, CBS, and FOX, and she has been featured in the Chicago Tribune and Southern Writers Magazine.