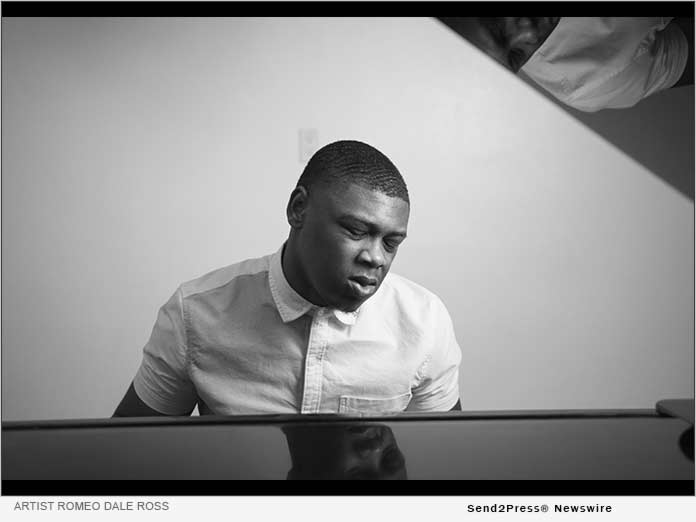 BELLFLOWER, Calif. /CitizenWire/ — Meet Musically Gifted Artist Romeo Dale Ross, the Next Great Talent of His Generation. Romeo Dale Ross is an R&B soul artist, born in Los Angeles, California. He has built a reputation for being musically gifted, free styling on the open mic circuit or just performing acappella for music-lovers in clubs and at various venues.

Since playing the piano at the age of 3-years-old, Romeo has been known as an ‘old soul.’ Deeply inspired by the R&B/Soul sound of the 70’s and 80’s, the 26-year-old multi-instrumentalist, arranger, composer, producer and writer is considered to be one of the next great young talents of his generation. Growing up in a musical family added to Romeo’s love of music. His father Ray Ross is an established and respected artist, pianist and songwriter.

Romeo was influenced by R&B, funk, blues, jazz, and gospel influences which can be heard in his songs. Romeo recently released 2 well-received instrumental projects: “Soulifa Magnus,” “Moments in Time,” and a debut EP, “Rhodes to Love” which is currently receiving a tremendous amount of buzz in the music industry and on the Internet.

When asked, how would he label his creative sound, Ross is quick to say, “I am not about placing labels on my style of music, per se. As I learned to play music and developed as a musician, I created and create music that moves me based on my musical inspirations.” He adds, “I am inspired by all genres of music.”

Take a listen and download the music of Romeo Dale Ross, now streaming on Spotify and streaming platforms.

Follow and stay tuned to Romeo Dale Ross by following him on https://www.instagram.com/officialromeodaleross/

REVIEW: Taylor Sheridan’s New Movie ‘Those Who Wish Me Dead’ Is...