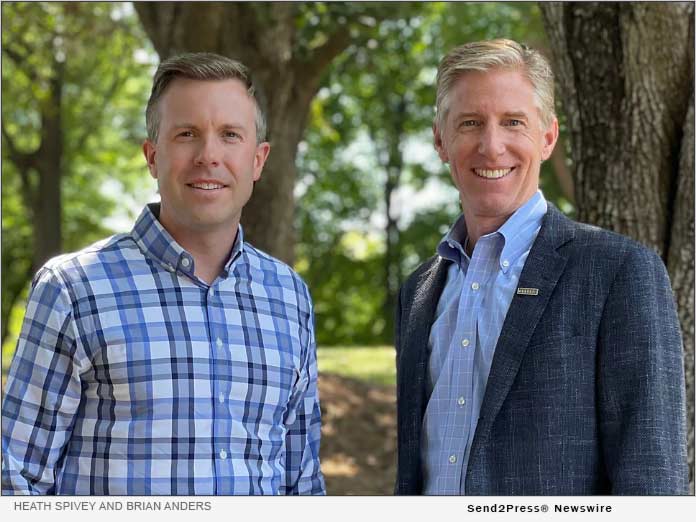 CHARLOTTE, N.C. /CitizenWire/ — DELTA |v| Forensic Engineering, Inc.™ announced today that they have appointed Heath Spivey, Manager of the Nashville Regional Office, as the new President of DELTA |v| Forensic Engineering, Inc.™, effective January 1, 2022. He will be succeeding Brian Anders, who will be stepping down from his current role as President and maintaining his titles of CEO and Founder of the organization. As President, Heath will be responsible for leading the companywide growth and strategic development of DELTA |v|™ as they continue maturing as an organization.

Heath brings over 14 years of experience working for DELTA |v|™ to his new role as President. His journey with DELTA |v|™ began as a young Associate Engineer in 2007, only three years after the company was formed. His incredible work ethic and dedication to fostering meaningful client relationships drove his upward trajectory within the organization, resulting in Heath being selected in 2014 to open DELTA |v|’s second regional office in Nashville, Tennessee.

“From the beginning of his career at DELTA |v|, Heath has demonstrated that he is a natural leader and valuable asset to the growth and success of the organization,” says Brian Anders, CEO and Founder of DELTA |v| Forensic Engineering, Inc.™. “It is an honor to announce Heath as the new President of DELTA |v| and I am excited for him to lead this new chapter in DELTA |v|’s story.”

This strategic milestone in DELTA |v|™’s history comes as they continue to expand their geographic and service offerings. Their recent launch of a Biomechanical service line, establishment of an Atlanta Regional Office, and continued expansion of event data recording services has demonstrated their respected influence within the forensic engineering field.

“I am extremely excited to embark upon this new journey as I shift from a practicing engineer in Nashville to a more executive role in Charlotte,” says Heath Spivey, Incumbent President of DELTA |v| Forensic Engineering, Inc. Heath will be returning to his hometown of Charlotte in early 2022, with wife, Brooke and children, Beckett and Piper. “I envision this as a great opportunity to develop and empower both the company, and the professionals within it, to perform at their highest level. Based on the caliber of engineers and teams we already have in place, I’m confident we will be successful.”

DELTA |v|™ is recognized as an accident reconstruction industry leader in its use of advanced technology to accurately document complex incident sites. The firm is also one of only two companies in the United States authorized to download proprietary data from Mack/Volvo black boxes. Headquartered in North Carolina, DELTA |v|™ has been privileged to work assignments domestically in more than 49 states, as well as Canada, the Bahamas, the United Kingdom, and Kuwait.