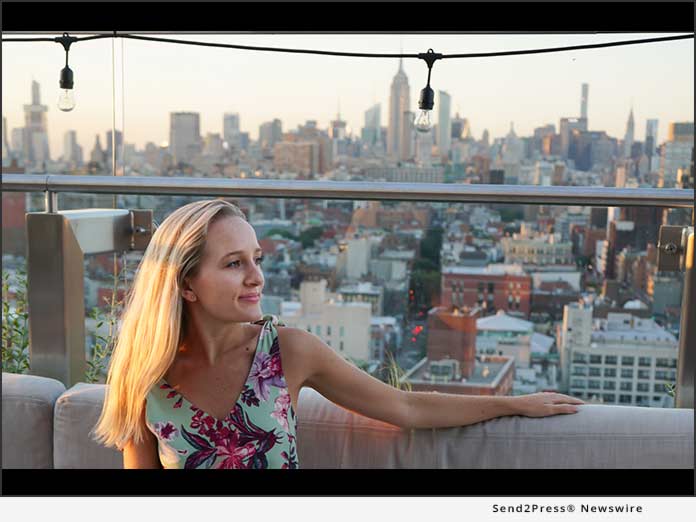 NEW YORK, N.Y., Aug 21, 2019 (SEND2PRESS NEWSWIRE) — Ever wondered who’s behind the camera when scrolling through influencers’ Instagram feeds? Victoria Brewood, owner of InfluencerPhotographer.com, makes a living taking photographs for influencers, bloggers and tourists who are in need of Insta-worthy photos in The Big Apple. Today she reveals her most popular locations for Instagram photos in New York City:

DUMBO & Brooklyn Bridge – The number one most requested location for influencer Instagram photos is Washington Street in DUMBO, combined with The Brooklyn Bridge.

“I always arrange to shoot DUMBO and The Brooklyn Bridge just after sunrise to avoid the masses of tourists lining up for photos. Washington St. is always popular with bridal shoots and fashion shoots, so don’t be surprised if you have to stand and wait your turn,” says Victoria Brewood, photographer at InfluencerPhotographer.com.

Top of The Rock – It may cost money to enter, but the Top of The Rock also offers one of the best views of the city. To snap the best photo, head straight to the outdoor observation deck and stand on the side facing south towards the Empire State building. Have a friend or photographer stand on uppermost deck to catch the perfect snap from above.

Bethesda Fountain – Covering 843 acres, Central Park is full of fantastic photo opportunities but the Bethesda Terrace Arcade is definitely not to be missed. Linking the mall to Bethesda fountain, the arcade boasts a stunning tiled ceiling and has great light for photography.

28th street mural – There are tons of great murals all over Manhattan, Williamsburg and Bushwick. But ever since 28th street station re-opened, Instagrammers have been flocking to have their photo taken in front of the new floral mosaic “Roaming Underfoot” by Brooklyn-based artist Nancy Blum.

The Oculus – For influencers who like clean lines and light space in their photos, The Oculus at World Trade Center provides a striking, almost futuristic backdrop.

West Village – The leafy streets of the West Village are ideal for a neighbourhood feel, particularly the areas around Commerce Street and Cherry Lane Theater. “The restaurant ‘While We Were Young’ is also incredibly photogenic with its purple-colored cocktails, light interior and inspirational quotes,” says Brewood.

SoHo – For fashion bloggers in need of “street-style” photographs, the cobbled streets of SoHo usually make for the best backdrops. Greene Street and NoMo SoHo’s twinkling archway are the perfect place to strike a pose.

Flatiron – With its peculiar narrow wedge shape, the Flatiron building has always been an eye-catching structure for photographers. Photos are best from a lower angle in order to capture more of the building in your shot.

Vessel – Opened to the public in 2019, Vessel at Hudson Yards is quickly becoming one of NYC’s most Instagrammed buildings. The company’s controversial photo policy hit the headlines but that hasn’t stopped visitors from snapping photos on the building’s spiral staircase.

“New York City has so many great Instagram locations, from iconic landmarks to colourful murals and cute brownstones. Lots of people visit specific locations because they’ve seen them on Instagram and I enjoy being able to help influencers and Instagrammers get their perfect shot.”

Travel blogger Victoria Brewood set up InfluencerPhotographer.com in 2018 to offer Instagram services for influencers and bloggers in New York City. By inquiring through her website, influencers can set up one-off shoots or regular shoots in locations around Manhattan and Brooklyn. The 32-year old British blogger, who runs the solo travel blog PommieTravels.com, first realized there was a market for influencer photography when other bloggers would ask her for help taking photos. She originally started offering photography services in London before relocating to New York.