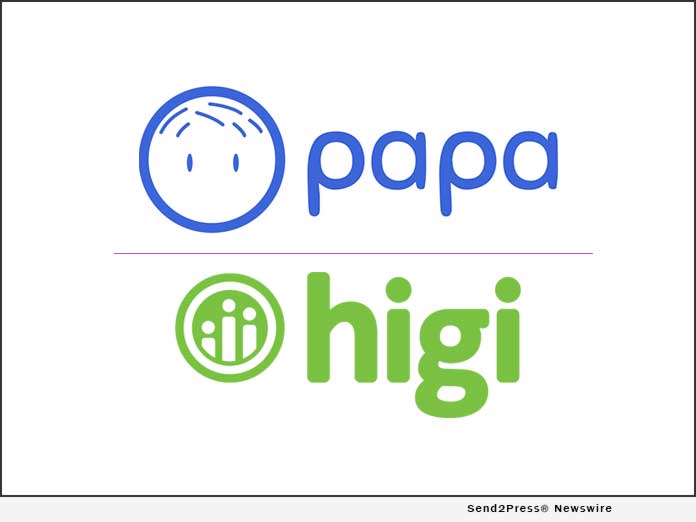 At Higi’s stations, Papa Members can routinely check their vitals and screen for health status and preventive care needs, and better understand the impact their lifestyle choices and habits can have on their health. Papa Members who have mobility problems, can no longer drive, have limited transportation options, live in rural areas, or lack companionship will benefit from Papa and Higi’s partnership. Furthermore, Papa’s Medicare Advantage Clients will benefit from having more information on the issues and health needs of their members.

“Our partnership with Higi creates an innovative way for seniors to understand their health needs and gain access to support for their long-term wellbeing,” said Papa’s Founder and CEO Andrew Parker. “We see a considerable potential partnering with Higi and providing preventive care options for seniors by incorporating Higi’s vast, national network of retail-based Smart Stations.”

Chronic diseases such as diabetes and heart disease account for seven out of ten deaths in the United States; these diseases are often preventable or manageable through early detection. Currently 45% of the U.S. population is living with at least one chronic disease, which can be crippling to someone’s quality of life if left undiagnosed or untreated (*See Note 1).

“We believe that partnering with Papa will give older adults the opportunity to learn more about their health, and in doing so, more reasons to use the benefits provided by their health plans,” said Higi CEO Jeff Bennett. “By including a Higi Station visit when Papa Pals bring their senior companions to the grocery store or pharmacy, we’re adding to the long-term benefits of companionship and transportation offered by Papa by creating an opportunity to capture a broader picture health.”

Higi is a consumer health engagement company making it easier for all people to measure, track and act on their health data through a free nationwide network of over 10,000 FDA-cleared self-screening Smart Health Stations located in pharmacy retailers and other community points of trust. Enhanced by over 80 different third-party integrations (i.e. apps, devices, monitors, EHRs and more), Higi’s Smart Health Stations connect across the existing healthcare ecosystem, bridging station activity with digital tools to interact with consumers on the go and extend engagement, making it easier for consumers to remain active in their health.

Healthcare stakeholders use Higi as a new access point to better reach, connect with and activate targeted populations; collect biometric and other health determinant data to stratify and prioritize; motivate consumers to take specific actions at a point of care or within the expanding care ecosystem activated by Higi connectivity. To date, more than 58 million people have used a Higi station to conduct over 335 million biometric tests. For more information, visit us at https://higi.com/.