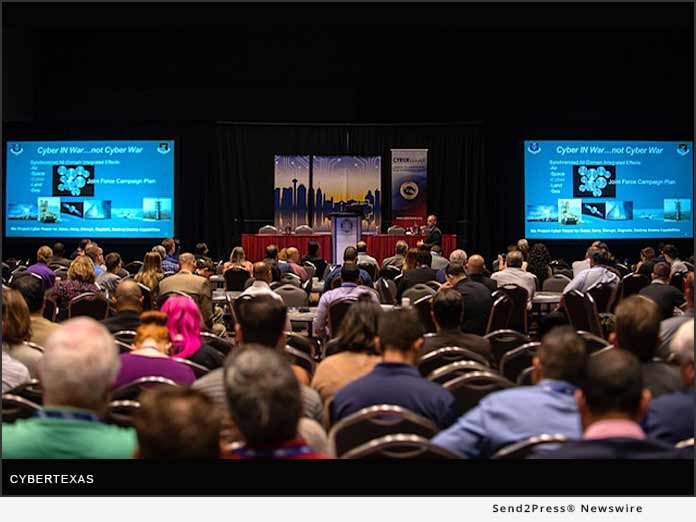 Defend, protect, secure – three words we often use to define the state of engagement on the battlefield. But in an age of heighten cybersecurity threats, physical warfare isn’t the only battle worthy of preparation. Cybersecurity has become a critical issue for all private industries, on every level of local, state and federal government, military and academia which leaves public and private institutions on the front line of defense for protecting critical infrastructure.

Texas, a state known for its big, and often, non-traditional approaches to problem solving, has been on the forefront of cybersecurity dating back to the early 1980s when computer networks were just starting to develop. In the years that followed, cities like San Antonio, Houston and Austin became leaders in building the cybersecurity ecosystem in the region, which led to not only the development of a strong cybersecurity workforce, but the creation of innovative cyber products and services, and the installation of the world-class U.S. Air Force Cyber Command at Joint Base San Antonio (JBSA).

The Lone Star state is a hotbed for network security, cyber risk mitigation and threat intelligence. It is this reality alone that opens the doors to cybersecurity events like the CyberTexas Conference. Now in its ninth year, the conference is a platform for industry thought leaders from across the state and abroad to collaborate, problem solve, retool and prepare for the next wave of cyber threats. During the two-day event, August 20th – 21st at the University of Texas at San Antonio’s (UTSA) downtown campus, cyber leaders will gather to hear from speakers, learn about products and services during an exhibitor’s showcase, participate in a cyber job fair hosted by Cleared Jobs, and witness the 2019 San Antonio Cyber Hall of Honor induction ceremony. However, if industry enthusiasts are still uncertain about attending this year’s conference, here are five reasons not to miss CyberTexas 2019:

Unlike the past eight years, CyberTexas is being held in collaboration with UTSA’s International Information Sharing Conference (IISC). The back-to-back events will draw hundreds of cybersecurity and information sharing leaders and offer attendees the opportunity to experience three high-impact days of networking and collaborating with cyber professionals from across the state. CyberTexas will take place on August 20th and 21st and IISC will start on August 21st and conclude on August 22nd.

2 – It’s more than a cyber conference

San Antonio has nurtured the cybersecurity industry’s most renowned leaders, educated thousands of cyber warriors at world-class institutions, like UTSA, trained mission-ready military cyber warriors at Air Force Cyber Command, and inspired the development of high-growth information technology companies. In recognition of these efforts, CyberTexas brings a unique opportunity for cyber professionals to learn from the expertise of the city’s most recognized IT leaders.

No matter if your interests are machine learning, cyber threat intelligence, risk mitigation, or smart cities, or if your most immediate cyber concerns are security issues regarding elections, maritime, or cloud security, the importance of preparing for the next cyber threat could be the difference between total business disruption and network resiliency. Therefore, there’s no time like the present when it comes to building a better cyber defense toolbox to combat new threats.

“Texas is more than a Lone Star State,” said Victor Malloy, CyberTexas Foundation’s general manager. “The people here are leaders pioneering to the north star in cyberspace. Our solution for securing our community when the next cyber incident occurs, is to build relationships from the interactions during conferences like ours that helps to reduce the level of complexity in how we manage risks.”

The conference will kick-off on Tuesday, August 20 at UTSA downtown campus located at 501 W. Cesar E. Chavez Blvd., San Antonio, TX 78207. The opening plenary sessions will start at 8:45 a.m. followed by breakout sessions that will continue until 4:15 p.m. The following day activities will start at 8 a.m. and end at 12 p.m. The Hall of Honor Ceremony will take place at 5 p.m. on August 20, 2019.

To register for the speaking sessions and Hall of Honor Ceremony, visit https://www.cybertexas.org/iisc-cybertexas-combined-conference-2019/.

To learn more about exhibiting and sponsorship opportunities, email mjackson@cybertexas.org.

‘People Wonder What Planet He Is On’: Steve Forbes Torches Biden’s Finger-Pointing On Bad US Economy

REPORT: Here’s The Town With The Highest Inflation In America