Multiple outlets expressed concern over how adults will handle talking about politics with conservative family members who don’t agree with them on Thanksgiving.

Thanksgiving comes amid an impeachment inquiry into President Donald Trump. With the political parties divided, outlets published articles telling readers how best to handle their family members who might not see eye-to-eye at the dinner table.

“Worried that impeachment talk could spoil Thanksgiving dinner? An etiquette coach suggests setting aside a room for such discussions and designating a calm relative as a moderator,” the AP tweeted Wednesday, linking to an article titled “On the Thanksgiving menu: Turkey with a side of impeachment.”

The AP article stated that “impeachment will definitely come up” during Thanksgiving, according to Bryan Wright, an advocate of welcoming immigrants. The article centers around conservatives who support Trump stirring the pot and interviewed various people to get their suggestions on how to calm the waters if someone brings up a topic others don’t agree with.

This article gave a number of ideas on how to deal with political discussions. One idea is for the host to “have some family-building activity” if things get out of hand. Another idea is to allow for a platform to speak politically, but with “guidelines.”

“One tactic: sequester the debates. She’ll have a room away from the dining table stocked with snacks for people who want to talk politics. She also suggests designating a calm family member as a combination moderator-peacekeeper,” the AP article stated, citing etiquette coach Elaine Swann. 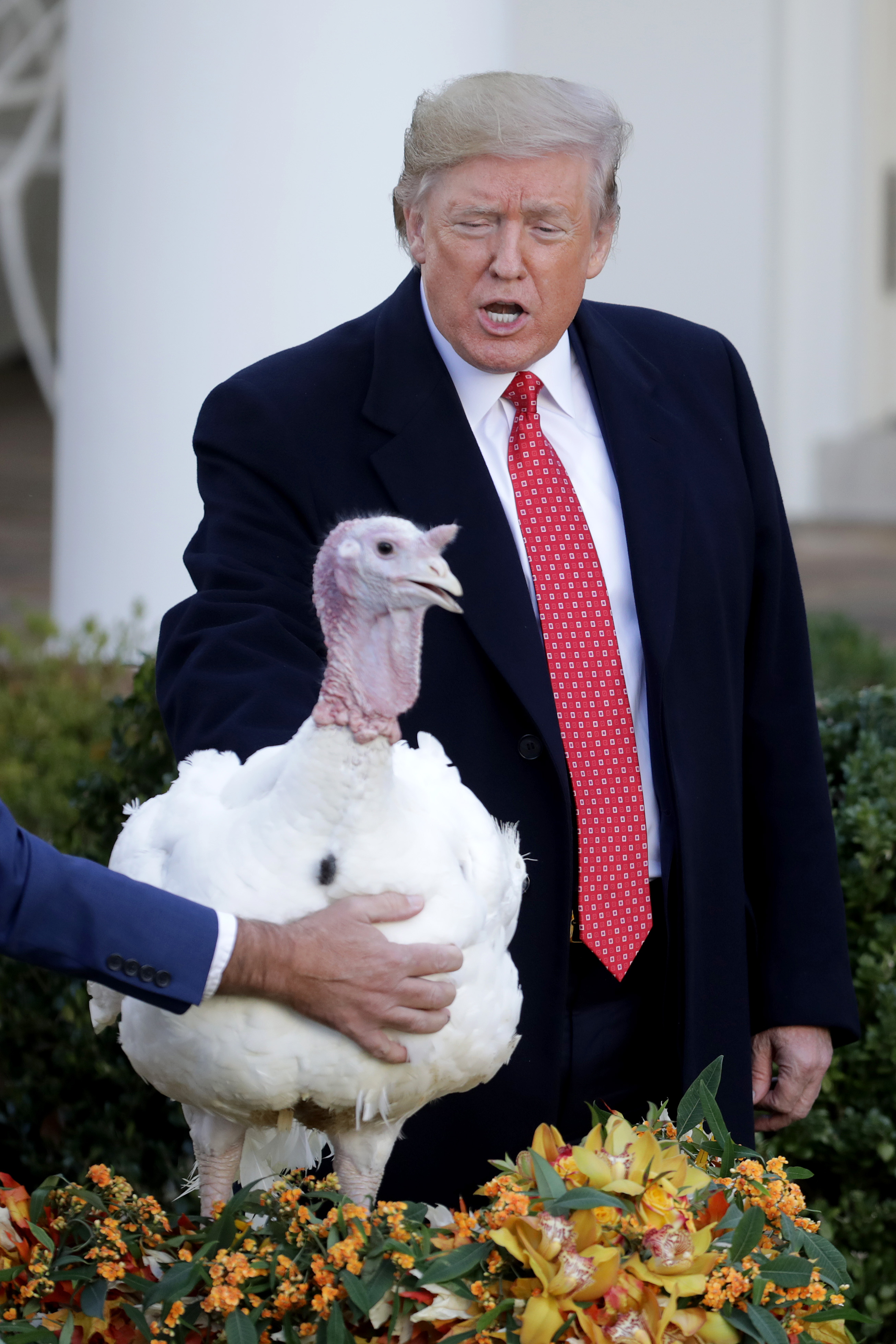 U.S. President Donald Trump gives a presidential ‘pardon’ to the National Thanksgiving Turkey ‘Butter’ during the traditional event in the Rose Garden of the White House November 26, 2019. (Chip Somodevilla/Getty Images)

The Atlantic is another outlet that outlined how to speak to pro-Trump relatives, as many outlets appeared to highlight them as the problem rather than the liberal family members. “How to Talk About the Truth and Trump at Thanksgiving,” the article is headlined.

“If I learned anything from two weeks of public impeachment hearings; from the 12 witnesses; from the facts they revealed or corroborated; from the way Trump and House Republicans dismissed facts for alternative facts; and from the way they cooked up an alternative reality, processed it for media consumption, and force-fed it to their constituents, it is this: There is truth and there is Trump. Truth won’t stop being truth. Trump won’t stop being Trump,” the article written by Ibram X. Kendi reads.

His article raised the point that “relatives who defend Trump are not Trump.” These people are simply “the victims of Trump’s lies,” among other things.

“We should be consistently chasing truth, even as we implore our relatives to join the chase,” according to The Atlantic. “We must find a way to meet our loved ones where they are, on their same level, as people who are imperfect and learning, just as they are. In meeting them where they are, we should be getting to know where they are, and who they are.”

“It can start at Thanksgiving,” The Atlantic’s essay reads.