Facebook and Twitter are refusing to bow to requests from House Speaker Nancy Pelosi to nix an edited video of the California Democrat tearing up President Donald Trump’s State of the Union speech.

The edited video was posted on both social media platforms after the Tuesday night SOTU in which Pelosi can be seen ripping a copy of the speech. The video is spliced together to make it appear that Pelosi ripped the speech as Trump is saluting a Tuskegee airman in the audience.

Pelosi’s gesture, reportedly done out of exasperation, came at the tail end of the president’s speech, which Democrats said contained misinformation and lies. She was responding to the totality of Trump’s comments, Hammill noted in a series of tweets blasting the company.

“The latest fake video of Speaker Pelosi is deliberately designed to mislead and lie to the American people, and every day that these platforms refuse to take it down is another reminder that they care more about their shareholders’ interests than the public’s interests,” Hammill wrote.

The petty personal & political vendetta of Pelosi suffered a major defeat yesterday with the Senate ripping up Schiff & Pelosi’s articles of impeachment. Here’s the fallout and what must be driving Pelosi insane… 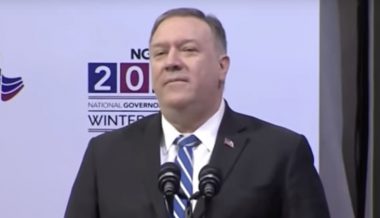 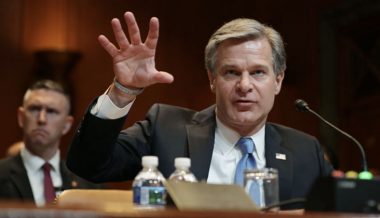 Turkish Forces Lick Wounds After Airstrikes Hit Their Base In Libya