When Fox News reported on the shooting of a black man (notice I did not capitalize his race, like most of the media are doing!) by police officers in Philadelphia, my initial thought was oh, hell, just when Trump seemed to be pulling ahead…

For sure, I thought, the mainstream media would be billboarding this all over the place as proof of the President’s alleged “white supremacy” and that they would be doing everything to pin Trump as the cause of this sort of unrest.

I was wrong. Maybe. 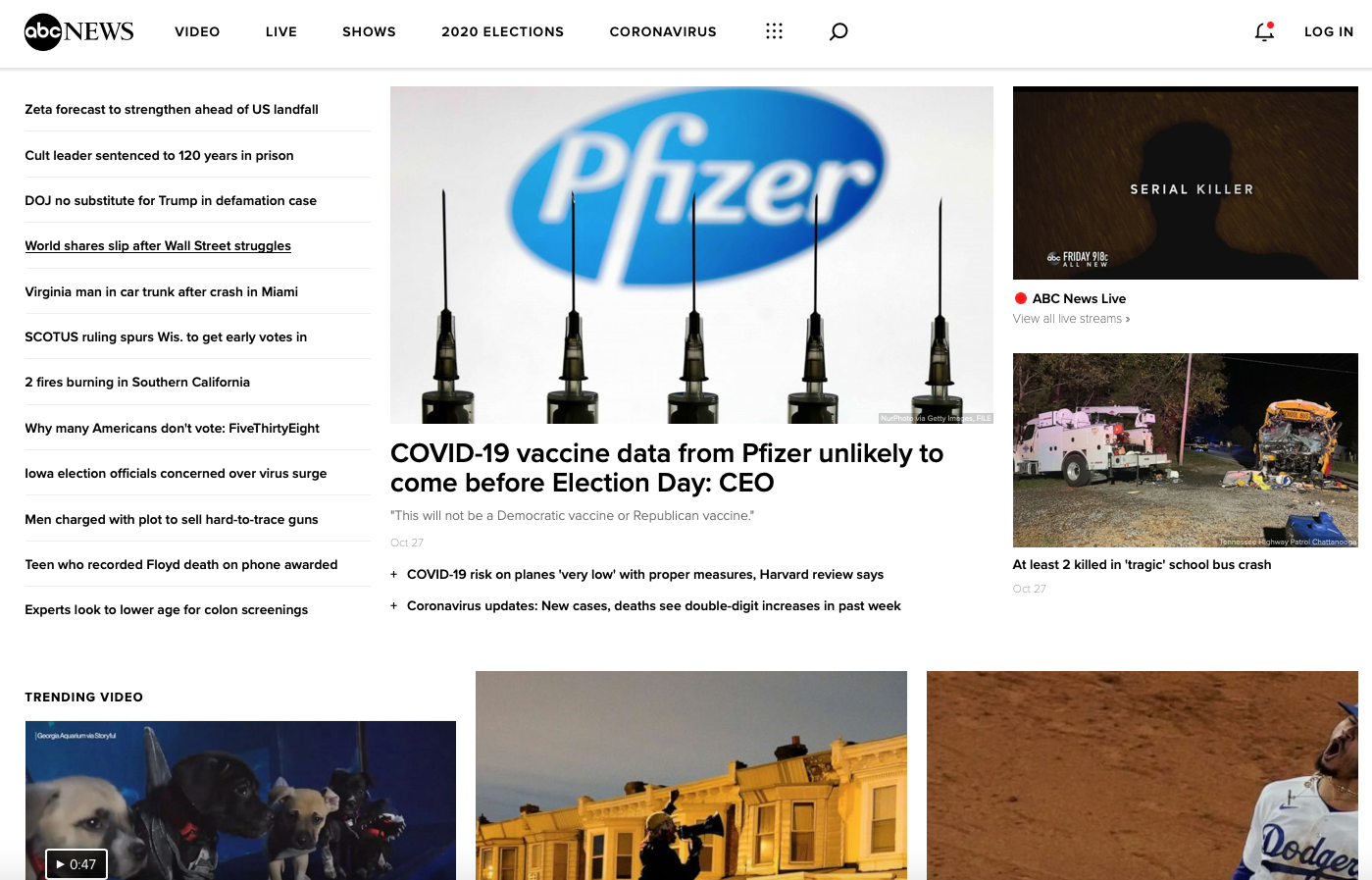 showing up for an event last night – 290 cars and a total of 870 people, (his largest campaign event audience since getting back on the campaign trail, and actually a larger audience than at the actual Democratic National Conference!) with less than one week until the big day.

By contrast, the President drews thousands upon thousands to each of his short-stop rallies across Pennsylvania and other places over the last few days.

It is quite possible that the former vice-president is trying to demonstrate through is actions what he thinks is both “presidential” and “patriotic” in not endangering people by drawing them into crowds. It is certainly clear that the media is playing this tune in their prioritization of lead stories.

It is possible that this election video for Mr. Biden, released last week, is also trying to play the same message, extended to things like “decency, restoration of the good old days…” that Biden is promising.

He is promising emotions without policy in such ads. The campaign ad is embedded in this video commentary by “The Young Turks”, a liberal supporting videoblog. It is interesting to note that their commentary actually declares that policy for them is not the main issue, but whether or not the elected leader is capable of taking the nation the way the (liberal voter) wants it to go.

This is very truthful, and it is worth noting that it was said, and it is even more important to understand that many people in our nation feel exactly the way that was expressed here. For conservatives, this seems like emotional mush, but we cannot lose sight of the fact that this really is how many of us think.

It is abundantly clear that the Biden voter is operating on emotion rather than logic; and here we have a superb example.

This key factor – that President Trump’s policies have made a huge difference in the nation – is a fact that when presented, is unavoidable. The Biden voter simply cannot debate policy with the Trump supporter. Part of this is because we do not really know any Biden policy – when he tries to talk about such matters, he messes it up and then withdraws while his campaign attempts damage control. The more conspiracy-minded among us probably postulate that during those “lid sessions” poor old Joe is getting his mind wiped and reprogrammed – again and again. It does appear that he is very strained when speaking – his eyes reflect distress. Trump effuses confidence.

This is interesting, because President Trump’s campaign style is certainly not wonky policy information. It is instead, extremely entertaining, but in that entertainment there is a lot of plain talk about what has been done and what remains to do. These rallies contain a great deal of policy ideas, presented in the big picture, and attractively, and President Trump appears to truly enjoy his work of helping the nation.

Is the MSM effort working?

We showed you some of the cover work the mainstream media is running for Mr. Biden, but how is the Trump campaign responding to the Democrat “lede” that the President is selfish and risking lives by having these big rallies? Is the President trying to avoid this or make excuses? See for yourself:

Head-on. This answer gives the critics nowhere to go. They can disagree, but they cannot pin the President for evading anything. He (and his supporters) simply choose to live their lives, and nuts to the virus. But Mr. Trump went a little farther, confirming one of the points even I have been making in recent posts: that it is very likely that Mr. Biden knows he is trapped, that he will not survive in office, and yet, he cannot throw the race and leave himself open to the murderous wrath of his Party (that is not an exaggeration; just consider Seth Rich and others who died mysteriously every time they drew close to a home truth about Hillary Clinton, and also remember the riots this summer and this epilogue event in Philly that the MSM is avoiding like the plague).

I am still unsure that President Trump will win re-election. I hope he does, and that should be perfectly obvious to the reader. Logical people will vote for him. Active, deeply believing Christians who view their religion in a traditional sense will vote for him almost entirely. (The real Christian knows that Jesus cared not a whit for ‘social justice’, but entirely about one’s personal salvation.)

Many atheists, perpetually aggrieved people like feminists, racists, and left wing activists, along with nominal Christians, especially Roman Catholics and Greek Orthodox people, will go the other way.

Thankfully, everyone in the United States enjoys the right to practice what they believe as they wish, and it is to be expected that they will vote their souls.