Here’s how The New York Times wrote up the passing of a war hero-turned-public servant in a May 13 bulletin: “Robert McFarlane, a top Reagan aide who fell from grace in the Iran-Contra scandal, has died at 84.”

Got that? A U.S. Marine who served his country in Vietnam, who worked in the National Security Council (NSC) for three presidents—rising to the top of the NSC under President Ronald Reagan—is reduced, in a headline, to an “aide who fell from grace” in a “scandal.”

If you had that sort of media power, what characterization would you blast out about a patriotic fellow citizen?  Hopefully, you’d be more charitable than the Times.

A graduate of the United States Naval Academy, McFarlane received a commission in the Marines in 1959.  In 1965, he led one of the first Marine combat units in Vietnam. He did two tours.

After that, he was named as a White House Fellow, a high honor. From there he was assigned to the NSC, working for President Richard Nixon’s top diplomat, Henry Kissinger, on the China desk, traveling several times to China with Kissinger.

In 1979, McFarlane retired from the Marines as a lieutenant colonel, going to work on Capitol Hill for Sen. John Tower (R-TX), who was leading the opposition to President Jimmy Carter’s SALT II arms control treaty. Carter had signed that treaty—and sealed the deal with a kiss, in fact—with Soviet leader Leonid Brezhnev. For their part, Tower and other Republicans, aided by McFarlane, opposed the deal as one-sided (no wonder Brezhnev was so happy). 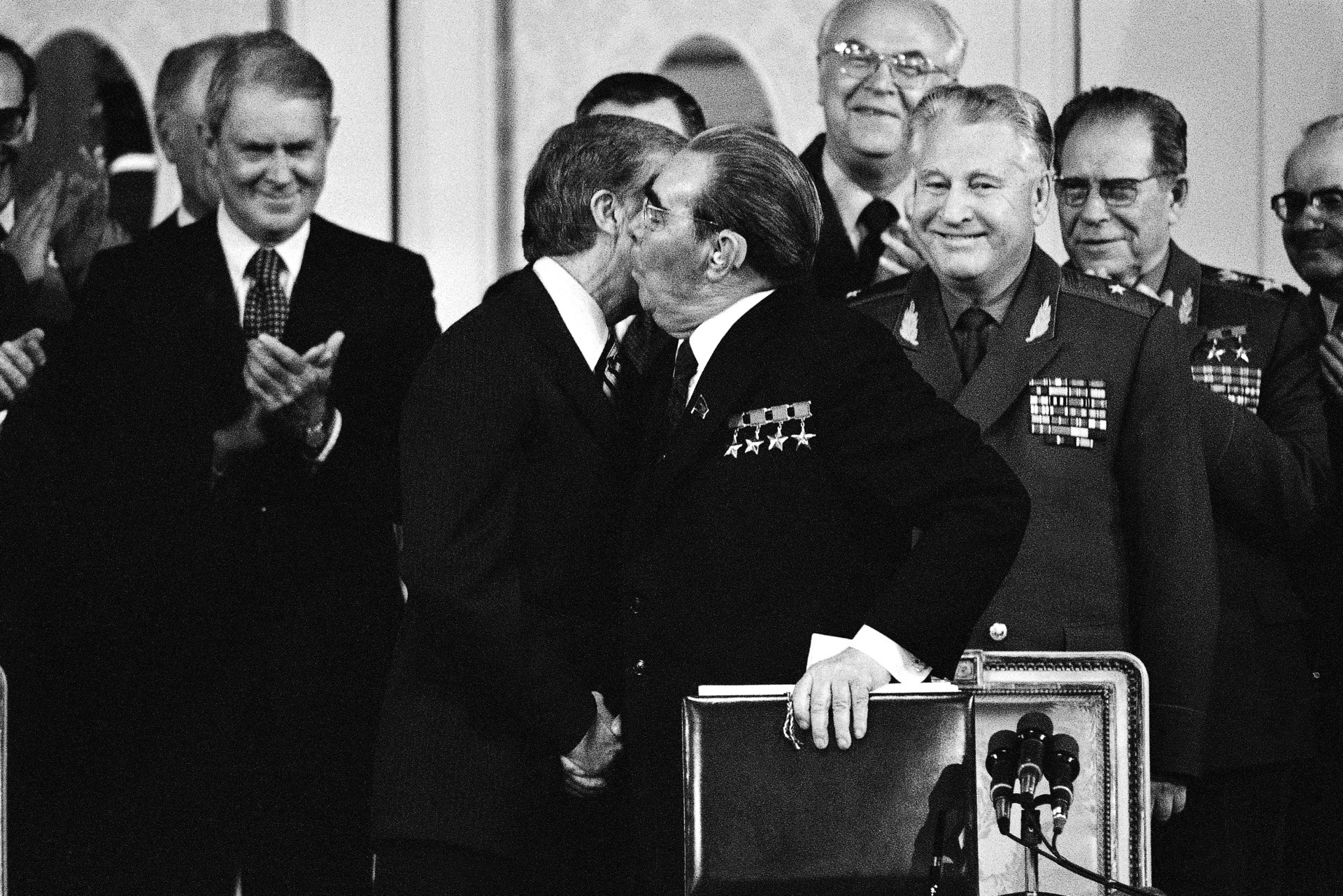 In fact, SALT II was was so unpopular among Americans that it never even came to a vote in a Democratic-controlled Senate. (Then-Sen. Joe Biden was in favor of SALT II.)

After Ronald Reagan defeated Carter in the 1980 presidential election, McFarlane went to the State Department and then back to the NSC, first as the deputy and then as the head. It was on McFarlane’s watch, on March 8, 1983, that the 40th president labeled the Soviet Union as an “evil empire.” And McFarlane was on hand, too, on March 23, 1983, when Reagan launched its Strategic Defense Initiative. The purpose of SDI was to safeguard the U.S. from nuclear annihilation, and believe it or not, the left back then—including most top Democrats—thought that SDI was a terrible idea.

For instance, the 1984 Democratic platform dubbed SDI as “Star Wars,” ripping it as “phantom,” “futile,” and “provocative… lull[ing] our nation into a false sense of security.” Yes, Democrats were that determined to leave the U.S. defenseless against atomic destruction. 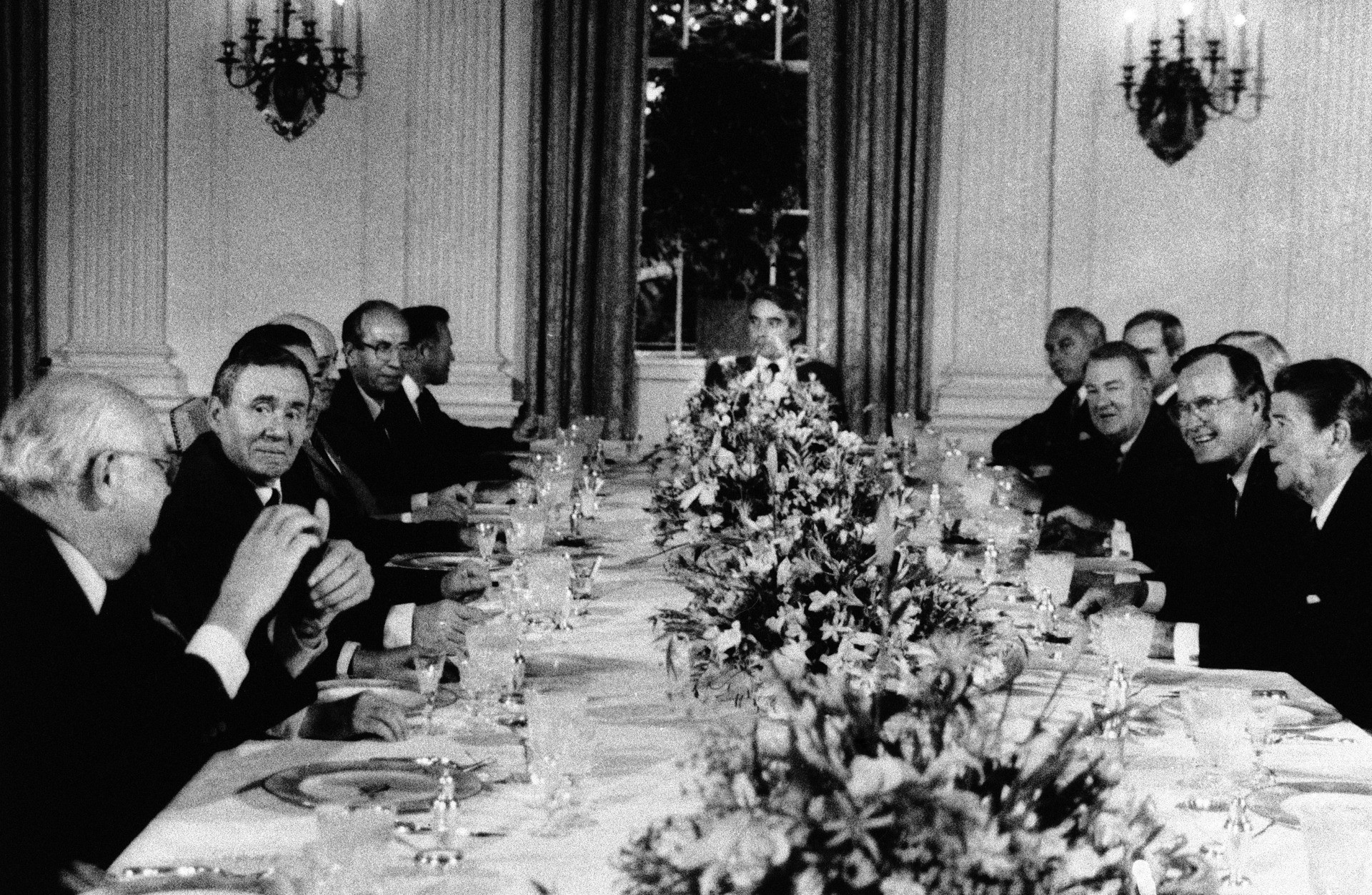 McFarlane resigned his post in 1985, and the following year, he  became embroiled in the Iran-Contra “scandal” alongside another Marine lieutenant colonel serving in the NSC, Ollie North.

I put the quotes around “scandal” because I regard the Iran-Contra matter as a policy dispute, not a scandal. In a nutshell, the Reagan administration wanted to send weapons to the anti-communist Contras in Nicaragua and at the same time it wanted to explore the possibility of better relations with Iran, helped along by arms sales to Iran, which the Iranians needed to fight Iraq.

Four decades later, these issues are still murky; and yet it’s worth noting that at the time, the Reagan administration had the quiet support of allies in the Middle East, including Israel. Yet the Democrats and the media chose to whip Iran-Contra into a “scandal” that stretched out for years, complete with an independent counsel and gleeful happy-talk about impeachment. Does that sound like a playbook that Dems and the MSM have played since?

In the meantime, McFarlane was almost 60; he retreated into gray eminence status in Washington, DC.

I first met him in 1991, when I was working in the White House of President George H.W. Bush. At the time, as the Soviet Union was breaking up, the Carnegie Endowment for International Peace hosted a talk and Q&A from the Soviet ambassador to the U.S., Vladimir Lukin. McFarlane waited his turn and then stood up and asked a question:

In 1983, President Reagan launched a program of economic challenge to the Soviet Union. It was called the Strategic Defense Initiative. Could you tell us please the impact that SDI had on the Soviet Union?

I’m paraphrasing here, and of course, SDI was, strictly speaking, a missile defense program. And yet it was so expensive—either to build or defend against—that it counted as an economic program, a kind of peaceful attrition-warfare against the Soviets. Lukin answered:

During the Cold War, we knew that we could match the Americans on missiles. You build a big missile, we build a big missile—even a bigger missile. But we feared that SDI was something different. When the Americans announced it, [then leader Yuri] Andropov ordered two parallel studies of its potential threat to our nuclear strength, one by the Red Army and one by the Soviet Academy of Sciences. Two years later, they both came back with the same answer: We don’t know if, in fact, the Americans can build it, but we know that we can’t. By then, [Mikhail] Gorbachev was in charge, and he said, “If the Americans might be able to do this, and we can’t, that’s too big a risk.  And thus we have to change everything we’re doing. We can’t sit still in the face of this threat.”

And so, Lukin added with a sigh, Gorbachev launched a vast campaign of domestic experimentation—uskorenie, glasnost, perestroika—that had the unintended effect of pulling apart the Soviet system. Lukin concluded—and this is a quote, some things you never forget—“That accelerated the decline of our system by five to ten years.”

Not bad. Getting rid of the Evil Empire without firing a shot.

I was so impressed by what I had heard—and so intrigued by McFarlane’s role in this great sequence of events—that I invited him to lunch at the White House Mess. I started by thanking him for his service in and out of uniform, and he responded with a tight smile, “Call me Bud.”

At our meal, he was gracious and reserved and always, like a Marine, even when sitting ramrod straight. He told me an interesting bit of back story about the genesis of SDI: One of the controversial sticking points in the drafting of the SDI speech was Reagan’s insistence that it include a pledge of “eliminating the threat posed by strategic nuclear missiles.” That is, for all of humanity, including the Russians.

Why did Reagan want to say this? Because he was a liberal? Of course not. Reagan was as hard-nosed and anti-communist as ever, and yet he knew that if he was going to bring the Democrats—who controlled the U.S. House back then—along, as well as the rest of the world, he was going to have show a little liberal “leg.” It was a gesture, even a ploy, in keeping with a leader who had learned how to negotiate with liberals as head of the Screen Actors Guild in the 1940s and 50s.

McFarlane filled me in on this, making the point that in Oval Office negotiations, both the State and Defense Departments had opposed any such talk of de-nuclearization. The secretaries of state and defense, George Shultz and Caspar Weinberger, were both wise and honorable men, and yet they just couldn’t bring themselves to see Reagan’s stratagem.

As McFarlane recounted the scene, Reagan would say what he wanted in the speech draft, and the State and Defense officials would nod—and yet then the revised draft come back as State and Defense wanted it, not as Reagan wanted it. This happened twice, McFarlane remembered, and after the second time, Reagan gave up on the process and just wrote in the words as he wanted them.

I asked Bud what he thought of all this: “I supported the President on his decision.” Said like a loyal staff man. The NSC’s job, he explained, is not to make policy, but rather, to facilitate policymaking. And the president is the commander-in-chief. 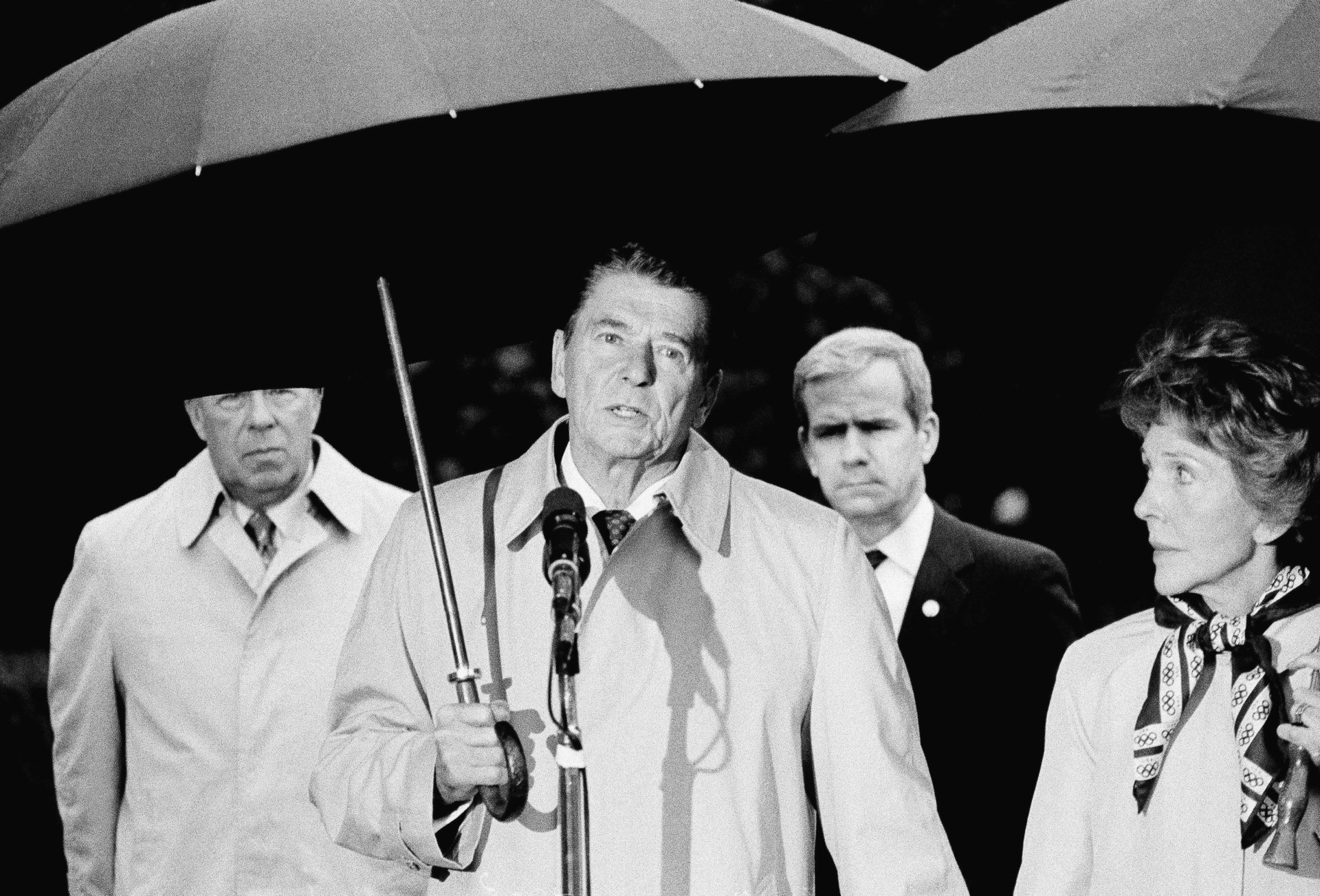 At one level, that’s an interesting historical snapshot of a bureaucratic tug-of-war, and yet if we step back, we see the full panorama of Reagan’s vision: He was an anti-communist to his core, and yet he could see the value of “sweetening the pot” in his dealings with the Soviets. They were still the evil empire, and yet they existed, and so Reagan had to deal with them. And he did. And the U.S. won.

Happily, by now the idea of missile defense—against nukes from North Korea, China, and yes, still, Russia—is widely accepted in both parties. We can chalk that up as one more Reagan success, bringing both parties to realize that America should be defended.

The last time I saw Bud was in 2019. When the usual D.C. chit-chat took on a serious tone, McFarlane, too, grew serious: The choices we make, he said, will echo for 50 years, and so we have to make the right choices. The room erupted in applause.

Well more than 50 years ago, McFarlane made his choices, and they were fateful for his country as well as for himself. And in the end, they turned out well—even if The New York Times doesn’t agree.