Pirates are thriving off of the coast of West Africa, despite what is supposed to be a concerted effort to prevent them. And with business starting to boom in areas like Togo, dealing with the threat has become more important than ever.

The coastline’s failure to coordinate a unified response is allowing the attacks to continue, Togolese President Faure Gnassingbe told Bloomberg.

Earlier this month, pirates boarded two ships off the coast of Togo, marking the latest attacks in an area where piracy is rampant: the Gulf of Guinea between Senegal and Angola. 15 states and western partners signed a pact in 2013 to collaborate against piracy in the area, but the region still accounts for 40% of the world’s reported piracy incidents.

Togolese forces are left to pursue pirates in their own waters, which span a coastline of about 31 miles. They often need to hand over the chases to neighboring states to pursue pirates, but cooperation is spotty between states.

Gnassingbe said: “Individually countries are doing what needs to be done. Where we are a little bit weak is how to cooperate. We need to cooperate and take some measures.”

The Gulf of Guinea area makes up 82% of all kidnappings globally, driving up the costs associated with shipping in the area, like insurance and security.

Togo is a $5 billion economy that is made up mostly of agriculture and mining. The country is now implementing regulatory reforms to reduce public debt and lure investments. The country is up 40 places this year in the World Bank’s ease-of-doing-business ranking to 97, as a result of introducing reforms to lower electricity costs and fees for construction permits.

“Over the next year, the government will seek to strengthen the judiciary to ease business litigation and implement digital platforms for the administration of taxes and payments,” Gnassingbe said. “It will increase the efficiency, that is for digital, and it will give confidence, that’s for the justice system.”

In early November, Nigerian billionaire Aliko Dangote announced a $2 billion investment in a phosphate mining project in Togo, which shows people’s willingness to do business in the area. The reforms and influx of business make dealing with the coastline’s piracy problems even more crucial.

Gnassingbe has been in power since 2005, when his father, who seized power in a 1967 coup, died. Lawmakers in the country recently introduced constitutional reforms in May to limit the number of Presidential terms to two. The reforms aren’t retroactive, which means that Gnassingbe will be able to extend his rule by another decade. The country’s next election is slated for 2020.

Nick Fuentes joins Alex Jones & Owen to talk about the battle brewing between Republicans and conservatives over American values. 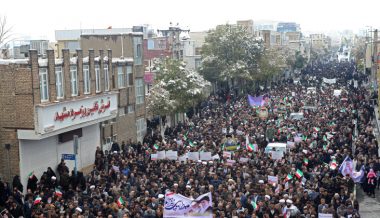 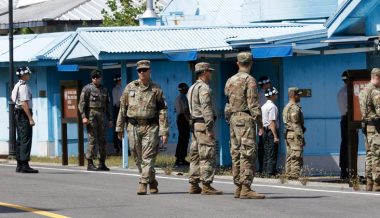