Out of 600 Portland residents surveyed, over 50% of them think the city is “very unsafe” after dark and want more police officers on duty, a new poll found.

In response to a question about feeling safe in downtown Portland at night, 53% of respondents stated that they would feel “very unsafe,” a dramatic uptick from the 16% that would feel “very unsafe” during the day, a poll for Oregonian/OregonLive found. Forty-two percent of respondents said that the city is “much less safe” than it was 12 months ago, according to the poll. 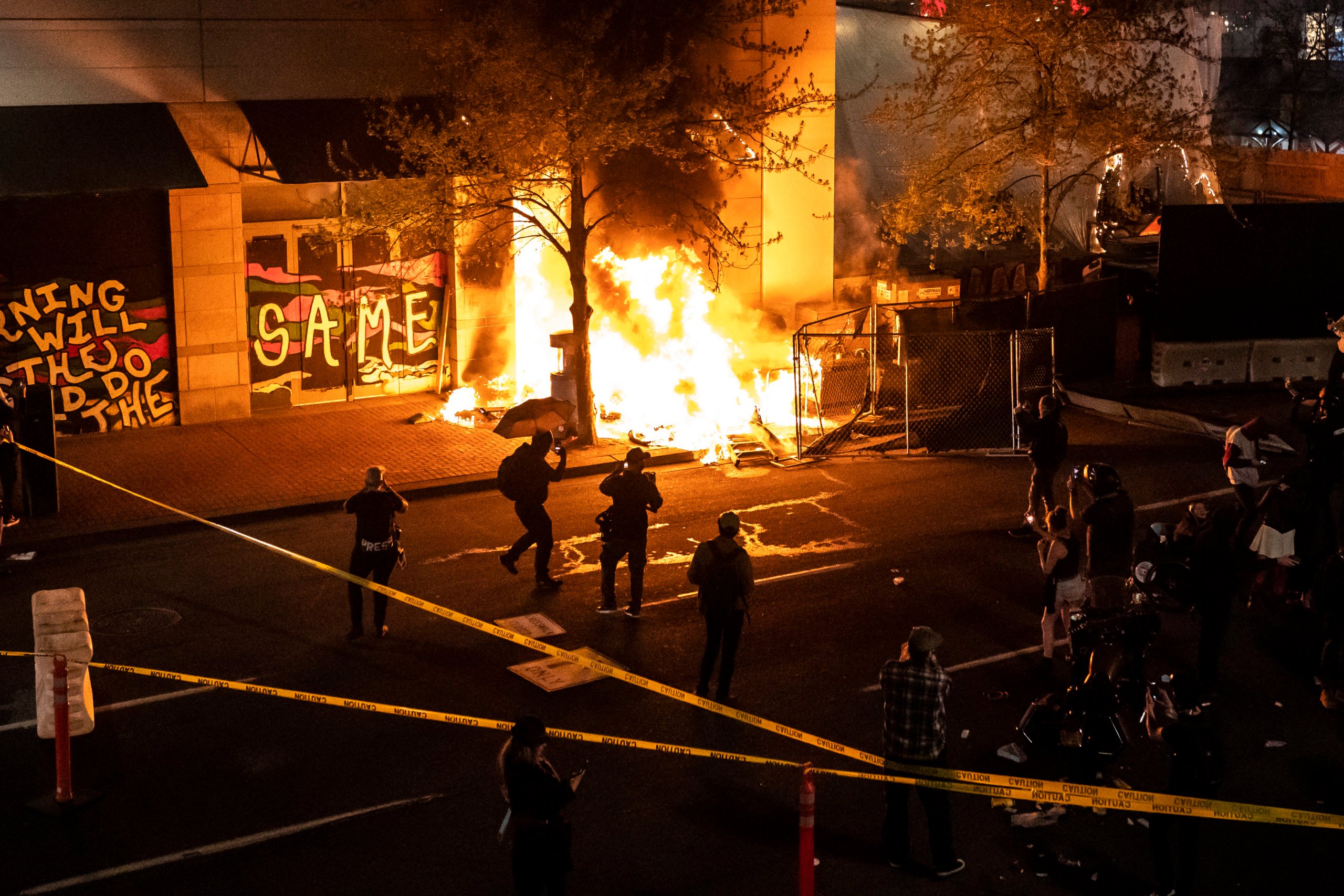 PORTLAND, OR – APRIL 17: Protesters watch a structure fire, set following the police shooting of a homeless man on April 17, 2021 in Portland, Oregon. The shooting comes amid heightened tensions between police and activists as the country awaits a verdict in the trial of Derek Chauvin. (Photo by Nathan Howard/Getty Images)

Over 60% of respondents reported that they visit downtown Portland less due to “concerns about safety,” “concerns about people who are homeless living downtown” and “concerns about protests.” (RELATED: It Took Six Months Of Rioting, Millions In Property Damage For Portland Mayor Ted Wheeler To Escalate Law Enforcement Efforts Against Antifa)

A note about the poll: The poll was commissioned by @oregonian, and conducted by @DHMresearch, a respected polling firm that selected a representative sample of 600 adults across the four-county metro area via phone and online. (1/3)

The poll had 40 questions, including two about increasing, decreasing or holding steady the police presence in downtown Portland and Portland broadly. You can view the questions asked, demographic breakdown and more here: https://t.co/lpm0BmaAHC (3/3)

Qualities like gender, race and ethnicity, education level, county of residence, household income and more were self-reported and DHM experts followed up to make sure that the sample reflected the Portland metro area.

Portland saw several riots during the summer of 2020 following the death of George Floyd. Portland Mayor Ted Wheeler asked the city council in March for $2 million expenditure for police months after the city cut roughly $16 million from their budget.

‘The Predicate Of Your Question Is All Wrong’: Mike Pompeo Challenges Chris Wallace Over Claim ‘We Don’t Know’ Where COVID-19 Came From