Only 29 percent of American adults believe Jeffrey Epstein committed suicide in jail, according to a new poll from Rasmussen Reports.

[A] new Rasmussen Poll found that less than one-third of Americans believe the official narrative that Epstein simply offed himself.

Only 29% of American Adults believe Epstein actually committed suicide while in jail, Rasmussen found. Another 42% think Epstein was murdered to prevent him from testifying against powerful people with whom he associated. A sizable 29% are undecided. Other theories have been floated (though they weren’t included in the poll). One is the notion that a ‘body double’ was found for Epstein, then was killed and posed to look like him in his jail, while the real Epstein fled.

67% of respondents said they have closely followed news reports about Epstein, while 25% have followed the news very closely.

The poll also identified Bill Clinton as the person closest to Epstein, which could be a serious PR problem for the Clintons since the former president has tried to distance himself from the convicted sex offender and financier.

Just as a reminder, we’re being told to believe there was no video recording his cell at the time of his alleged death, no guards watching over him (one of the guards that was alleged supposed to be watching over him wasn’t even a corrections officer), no witnesses and his cellmate was moved out of his cell just one day before his “suicide.”

The New York City medical examiner on Friday declared the official cause of death was “suicide” and claimed Epstein “hanged himself” with a bed sheet (even though he broke the hyoid bone in his neck which is more common with strangulation).

Before Epstein, there was reportedly only one successful suicide at this jail in the last 40 years.

TMZ released this report on Thursday describing his alleged suicide:

Jeffrey Epstein’s blood vessels in his eyes popped when his air supply was cut off by the bed sheet that was wrapped around his neck … this according to law enforcement sources briefed on the case. We’re told he suffered petechial hemorrhaging, caused when someone hangs himself or is strangled or smothered, but authorities are confident this was a hanging.

We’re told the bed sheets were tied to the top of a bunk bed and Epstein either hurled himself off the top bunk or had his feet to the ground and leaned forward to cut off his air supply. Authorities believe the former is true, because throwing himself off the top bunk and falling violently to the ground could explain why his hyoid bone was fractured.

We’re supposed to believe that a 6-foot tall Epstein, who aimed to “seed” the human race with his DNA by impregnating 20 women at a time and sought to have his penis and brain cryogenically frozen, killed himself in some hilarious fashion where he jumped off his tiny bunk bed (which he shouldn’t have even had) at just the right angle to hang himself in one fell swoop.

if you don’t believe this happened you’re a conspiracy theorist and a domestic terrorist threat pic.twitter.com/e0Kwf3ek1g

The evidence is overwhelming that our government and media are controlled by Jeffrey Epstein’s allies and their blackmailed puppets.

They’re desperate to keep the public in the dark.

Bone fragments separated from Jeffrey Epstein’s neck vertebrae were revealed by the Autopsy to show his neck was broken. 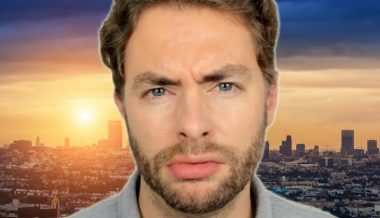 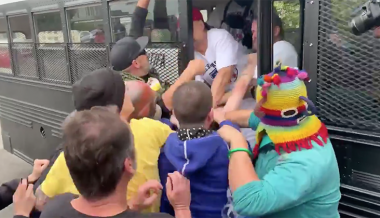