If Iran agrees, this will be the first meeting between leaders of the two countries since the 1979 Iranian revolution.

US Secretary of State Mike Pompeo has announced that President Donald Trump could meet with his Iranian counterpart Hassan Rouhani at the United Nations “with no preconditions.”

At the same time, US Treasury Secretary Steven Mnuchin stated that “the president has made clear, he is happy to take a meeting with no preconditions, but we are maintaining the maximum pressure campaign.”

Tehran has yet to react to the fresh proposal, while previously, the Islamic Republic’s president stated that Tehran was open to talks, but Washington needs to “abandon bullying and lift the sanctions and return to logic and wisdom.”

According to earlier media reports, Washington proposed organizing a Trump-Rouhani meeting, which could take place on 25 September, during the upcoming session of the UN General Assembly in New York.

The proposal comes amid heightened tensions between Washington and Tehran, with have been deteriorating after the United States had unilaterally withdrawn from the Joint Comprehensive Plan of Action in May 2018 and subsequently reimposed sanctions on the Islamic Republic.

While the US has been boosting military presence in the Persian Gulf region since then, on the first anniversary of the US unilateral pullout from the deal on 8 May, Iran announced that it would start abandoning some parts of its nuclear obligations every 60 days unless European signatories to the accord ensured Iran’s interests under the agreement.

Alex Jones reveals that Obama was responsible for moving CIA blacksites to China. 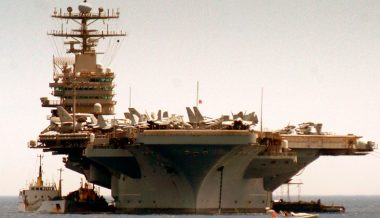 Coronavirus, incidents and endless training: Brazilian collection spoke about the everyday life of the “foreign legion” of Ukraine