The U.S. Secretary of State Mike Pompeo has said that America will “be ready on the doorstep, pen in hand”, to sign a trade deal with the UK post-Brexit.

Mr Pompeo made the comments at a press conference in Washington DC on Wednesday beside the UK’s foreign secretary Dominic Raab, who is on a three-day tour of North America to “fire-up” trade.

The American secretary of state said: “We support the United Kingdom’s sovereign choice, however Brexit ultimately shakes out, and we’ll be on the doorstep, pen in hand, ready to sign a new free trade agreement at the earliest possible time.

“Our enthusiasm points to an economic reality I see everywhere that I go. The United States is the best partner for trade and investment in the world. Our dynamic system of free enterprise has brought enormous prosperity and the two countries will be able to do that together.” 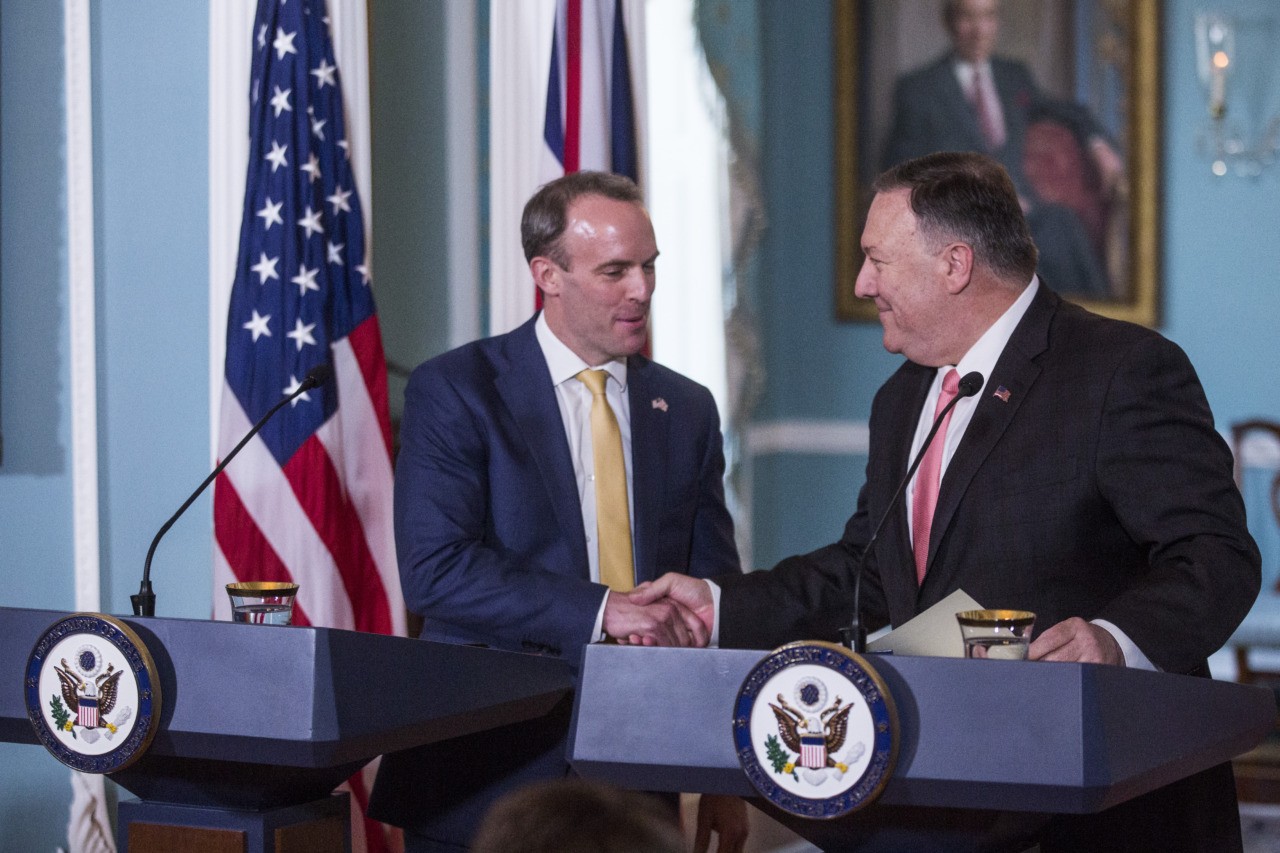 The U.S. secretary’s “enthusiasm” for a future trade deal echoed comments by the British foreign secretary, who remarked on President Donald Trump’s “warmth and enthusiasm for the UK-U.S. relationship” after meeting him on Wednesday. President Trump, whose mother was British, having been born and raised in Scotland, is an Anglophile and vocal supporter of Brexit who has not only praised the virtues of the Special Relationship, but is eager to sign a cutting-edge free trade agreement with the UK post-Brexit.

While enthusiasm for strengthening the UK-U.S. trading relationship remains consistent, it has been threatened under former Prime Minister Theresa May’s leadership, when after nearly three years of negotiation she agreed to a deal with the EU that could result in a long transition period and that could trap the UK in a permanent customs arrangement with the bloc that could prevent the signing of free trade agreements with the rest of the world, including with the United States.

Since Boris Johnson took over as premier last month, preparations for a clean, no deal Brexit and for global FTAs have ramped up, with Prime Minister Johnson prioritising trade with the UK’s closest ally. Mrs May had pledged 108 times that the UK was leaving the EU on March 29th, with or without a deal, but ended up delaying the country’s exit twice until Halloween of this year. Mr Johnson has said that the UK will leave the EU on that date, “do or die”.

While discussing post-Brexit trade in Washington DC, the British Secretary of State for Foreign and Commonwealth Affairs added in comments on Wednesday the reaffirmation that the country is Brexiting on that date saying: “This Cabinet is absolutely resolved, determined to leave the EU by the end of October.

“We will stay good friends and good neighbours with our European partners, but we are at the same time determined to seize the global opportunities beyond Europe for the United Kingdom and of course America is our single largest bilateral trading partner.”

“President Trump has made clear again that he wants an ambitious free trade deal with the UK, so I hope we can make that happen as soon as possible after we leave the EU on the 31st of October,” Mr Raab added.