A previously deported illegal alien has been charged in connection with the death of a 58-year-old Kansas City, Kansas, woman who survived cancer twice.

Ramon Vazquez-Carmona, a 42-year-old illegal alien, was charged last week with involuntary manslaughter while drunk driving after he allegedly hit and killed Cynthia Goulding, a two-time cancer survivor and grandmother to 25 grandchildren. 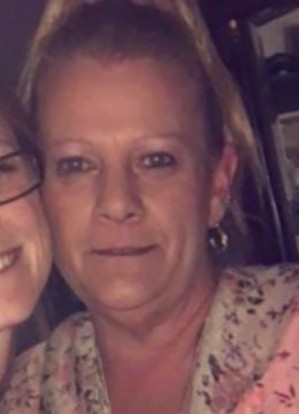 On March 14, police say Goulding had told her husband, Raymond Goulding, that she was running to a nearby convenience store to pick up cigarettes. On the way there, Goulding stopped to help a person who had been hit by a hit-and-run driver.

While standing on the side of the pulled-over SUV, police say Vazquez-Carmona was driving his pickup truck drunk when he crashed into Goulding.

One of Goulding’s daughters, Stephanie Dixon, was in the car with a friend at the time when she spotted her mother’s vehicle pulled over in the crash. She jumped out of the car to search for her mother who had died.

“I got out and I walked around the vehicles and I’m yelling for my mom and she wasn’t nowhere to be found,” Dixon told KSHB 4 News. “I looked on the ground in between the curb and the van and that’s where she had been laying. [I] went over there and held her until the ambulance and the fire department got there.”

In a statement to local media, the Immigration and Customs Enforcement (ICE) agency confirmed that Vazquez-Carmona had legally entered the United States in November 2008 but was soon after arrested by Border Patrol agents for violating the terms of his admission.

In January 2009, Ice agents deported Vazquez-Carmona from the U.S. after a federal immigration judge issued him a final order for removal. Then, at an unknown date after his deportation, ICE officials say Vazquez-Carmona illegally returned to the U.S.

Goulding’s family says they have been told that Vazquez-Carmona could now be deported from the U.S. before ever going to trial or serving time for the death of their loved one. Vazquez-Carmona remains in ICE custody.

“He was deported once and came back,” Goulding’s daughter Tiffany Dixon told KCTV 5 News. “Who’s to say that won’t happen again?”

Goulding is survived by her parents James and Mona Laws, her husband Raymond, as well as her children Stephanie, Tiffany, Crystal Gould, and Gary Dixon.

Goulding’s family has set up a GoFundMe page to help pay funeral expenses.