Russian President Vladimir Putin has told his German and French counterparts Angela Merkel and Emmanuel Macron that any attempt by outside forces to intervene in the political crisis in Belarus would be counterproductive.

In two separate phone calls on Tuesday, initiated by Berlin and Paris, Putin stressed that placing external pressure on the leadership in Minsk is unacceptable. Russia and Belarus have formal military and political alliances, via the Collective Security Treaty Organization (CSTO), the Eurasian Economic Union (EEU) and a ‘union state’ agreement.

According to the German side, Chancellor Merkel told Putin that Alexander Lukashenko’s government must stop using violence against peaceful demonstrators, enter into a dialogue with the opposition, and immediately release political prisoners.

The chancellor’s comments came amid various discussions among European Union members about how to address the situation in Belarus. EU ministers agreed last Friday to draw up a list of targets for a new round of sanctions, and politicians in Poland and Lithuania, and other states, have pushed for interventions, to various degrees.

“The parties thoroughly discussed the situation in Belarus following the presidential election,” the Kremlin statement read. “Russia pointed out that foreign attempts to interfere in the country’s domestic affairs were unacceptable and could further escalate tensions.”

“Hope was expressed that the situation will improve as soon as possible,” it concluded.

Later the same day, a second call took place with President Macron, in which Libya was also discussed.

“When discussing the complicated situation in Belarus, Vladimir Putin stressed that interference in the internal affairs of the republic and putting pressure on the Belarusian leadership would be unacceptable,” the Kremlin explained. “Both sides expressed a desire for an early solution to the problems that have arisen.”

Belarus is arguably Russia’s closest ally and is a full member of two Moscow-dominated alliances which serve as alternatives to the EU and NATO in Europe – the EEU and the CTSO, in addition to the ‘union state’ agreement.

By contrast with some of the rhetoric from Western Europe, the official response from Moscow has been measured. Numerous Russian experts have expressed the view that the Kremlin would prefer if the situation in Belarus did not become another ‘East versus West’ geopolitical struggle.

A report from Reuters on Monday, headlined ‘EU leaders to support Belarusian protesters, tell Russia to stay out’, raised eyebrows in Moscow. As did comments from Macron calling on the EU to “continue to mobilize” on the side of anti-government protesters in Belarus.

The French president’s stance prompted a harsh rebuke from Moscow, with Foreign Ministry spokeswoman Maria Zakharova asking “when will he call on the European Union to be mobilized in support of hundreds of thousands of ‘Yellow Vests’ demonstrators (in France).”

The mayor of Austin, Texas, has decided to close public nature trails because of COVID-19. So Action 7 visits Barton Springs to open the park back up. 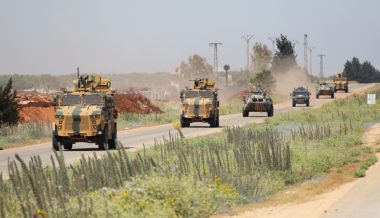 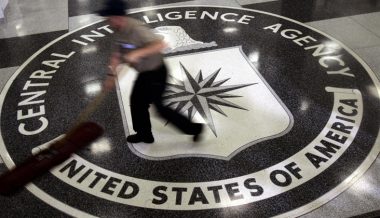