Michigan Democratic Rep. Rashida Tlaib claimed that no person in the United States in “illegal,” while testifying before a House committee hearing.

“First, no one is illegal. That term is derogatory now because it dehumanizes people. You can say any other forms of maybe ‘coming in without any regulations’ or so forth, but the use of ‘illegal’ is disrespectful and I ask my colleagues to try in so many way to not dehumanize our immigrant neighbors who are trying to come in for safe haven,” Tlaib said Friday during a House Oversight committee hearing.

The congresswoman, herself the daughter of Palestinian immigrants, spoke about the southern border crisis and the alleged mistreatment of illegal aliens being held in detention facilities, and claimed that a “dangerous ideology” was governing the country.

In an effort to paint a grim picture of Customs and Border Protection (CBP), the Michigan Democrat spent a significant amount of her time describing the different people she met in their custody, recounting moments she met a young child, a father, a pregnant mother and others who were detained after illegally crossing the border.

“The dehumanization is not only with those families, but also with the agents that we’ve had to do this to these families,” Tlaib concluded in her testimony.

Other lawmakers, however, took issue with the idea that the term “illegal” is offensive to use.

“If anyone is in the United States unlawfully, then they are, in fact, an illegal,” said Kentucky GOP Rep. James Comer later on during the committee hearing. “And let me be clear: This is not a manufactured crisis. This is a problem that is getting worse every day, yet this Congress continues to do nothing about the real problem at the border.”

The Friday hearing, titled “The Trump Administration’s Child Separation Policy: Substantiated Allegations of Mistreatment,” focused on the handling of migrants in CBP custody. The hearing was originally only going to feature the testimony of four Democratic lawmakers, but Chairman Elijah Cummings at the last-minute allowed four Republicans from border states to join in after Ranking Member Jim Jordan asked that their perspective also be included. 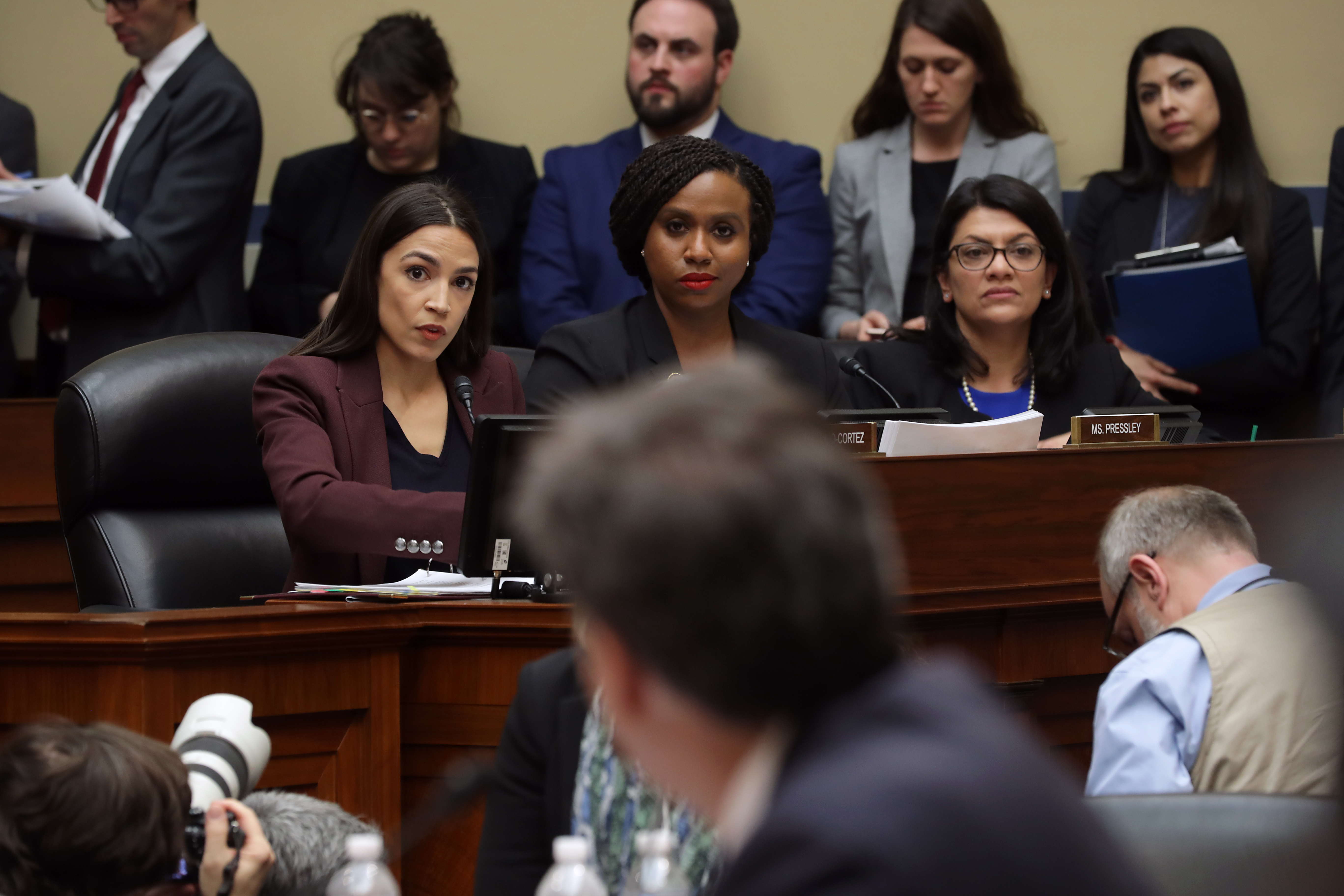 While all eight lawmakers gave testimony about the same subject, their analysis of the crisis appeared miles apart. The four Democratic congresswomen focused mainly on alleged mistreatment of detainees at the hands of CBP agents, and called on the U.S. government to change laws that would create a better environment for asylum seekers. New York Democratic Rep. Alexandria Ocasio-Cortez, for example, demanded changes to metering and detention policies and criticized the Trump administration’s Remain in Mexico program.

Republicans also focused on the need for legislative reform, but their calls revolved around changing the laws that have contributed to the immigration crisis. The Flores settlement, and the way the U.S. government handles family units, they argued, have created an incentive for foreign nationals to illegally enter the country.

The fact that CBP detention facilities are overwhelmed, one Republican said, was not the fault of CBP agents, but a result of the enormous number of illegal immigrants crossing the U.S.-Mexico border. (RELATED: Ocasio-Cortez Stands By Toilet Water Claims)

Biden Adviser Sperling: Buttigieg ‘a Star’ We Have ‘Enormous Confidence in’ – He’s Done a Lot to Get Infrastructure Funds Out