The tanker was earlier detained by Gibraltar authorities over a tip from the US, claiming that the vessel was carrying oil to Syria in violation of EU sanctions against Damascus.

It was recently released after spending over a month in detention.

Iranian oil tanker Adrian Darya 1, previously known as Grace 1, has gone dark on maritime tracking resources, transmitting its position for the last time almost a day ago – at 15:53 2 September, Marine Traffic reported. The ship’s last known position was pinpointed to the East Mediterranean, not far from the west coast of Syria and the east coast of Cyprus.

Several reports have suggested various destinations for the ship including Turkey and Greece, but nothing has been confirmed so far. The US, which is seeking the arrest of the Iranian vessel, warned that any state or business harboring or assisting the Adrian Darya may have sanctions levied against them.

The oil tanker was detained by authorities in UK overseas territory, Gibraltar, on 4 July over a tip from Washington that it was carrying a shipment of crude to Syria in violation of EU sanctions. Tehran later denounced the claims and slammed London over the ship’s arrest, resulting in worsening bilateral relations between the two states. Iran accused London of “piracy” and said the ship’s detention is a violation of the Iran nuclear deal.

The vessel was released on 15 August after more than a month-long detention and ventured further into the Mediterranean, changing its name from Grace 1 to Adrian Darya 1. The US unsuccessfully tried to prevent that by issuing an arrest warrant, hastily filed with a sloppy mistake, and still hopes to detain the vessel and its cargo.

We Are Witnessing Tiananmen Square Part 2

Greg Reese and Savanah Hernandez detail their accounts of witnessing the Hong Kong protests firsthand in the hopes of bringing attention to the plight of a people facing-down true tyranny. 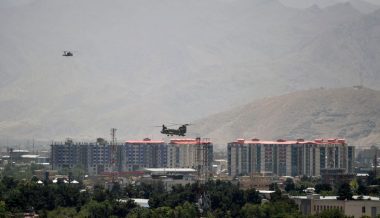 “Saudi Arabia is a significant country, as is The Islamic Republic of Iran,” said Abdollahian