In February, the US economy hit escape velocity. When does the hangover come?

While debate rages whether the overheating of the US economy will is transitory – and thus any burst in inflation can be ignored as it will quickly reverse – or the strength will be permanent (resulting in the well-known concerns that the Fed is now woefully behind the curve), Goldman today has updated its proprietary Goldman Sachs Analyst Index (GSAI) which provides a snapshot perspective on the US economy (and thus differs from the BEA’s GDP measure which is an average look at output over a period of time), and finds that it just hit an all time high. 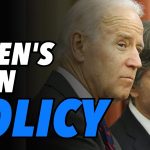