Whether it’s a “monogamous triad,” a “polyfidelitous closed quad,” or a “throuple,” like in the case of former Rep. Katie Hill, D-California, many Americans — 4 to 5 percent of the population — are embracing the free love lifestyle of polyamory.

Some polyamorous throuples and allies are advocating for legal recognition in order to tackle issues like child custody, taxation, and immigration, which are accounted for only in marriage.

The legal implementation of polygamy (polyamorous marriage) is not as simple as that of same-sex marriage, in which all marital privileges, like joint taxes and immigration benefits, were easily extended to same-sex couples. Significant logistical challenges emerge for polygamy owing to the multitude of partners in the relationship. 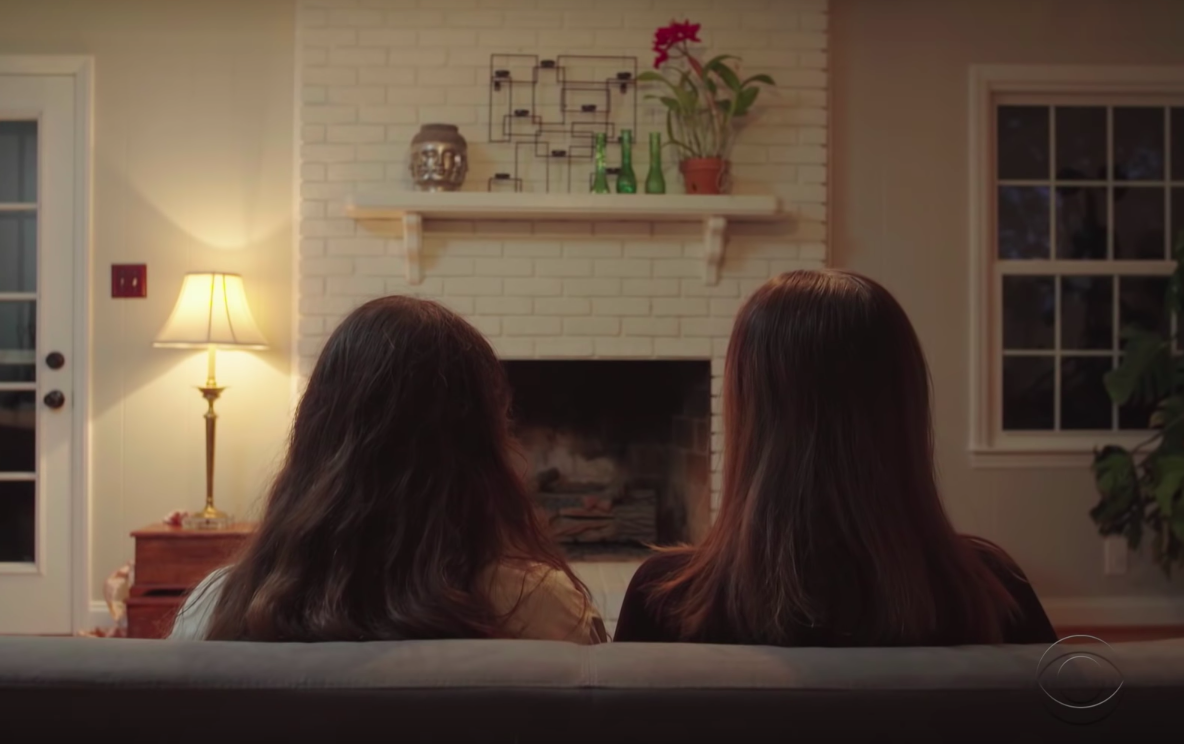 These two women have been involved for seven years in what they call a “polyfidelitous closed quad” — each woman has sex with the other’s husband. (CBS News/Youtube)

Who gets custody of Johnny and Sarah when a polyfidelitous closed quad divorces? What percentage of marital assets does a sister wife receive when she divorces from her husband and his five wives? How many new spouses can a throuple bring to the United States on a K-1 visa? Could a polycule add endless husbands to an employer’s insurance plan?

The legalization of polygamous marriage or the civil recognition of polyamory would require precipitous changes to existing family law. Legalization could affect the system of family law in the United States even for monogamous couples.

Professor of Law at Georgetown University Susan Deller Ross told the Daily Caller that in countries where polygamy is legal, marriages have financial and inheritance rights which are “inherently unequal.” With polygamy, Ross pointed out, a wife whose husband dies could be left with a third of a third of an inheritance.

Moreover, as polygamous marriages start out as monogamous, every marriage could become polyagamous when the practice is legal.

Ross said this system is “an automatic right to marry more wives,” which leaves a woman under the constant threat that her husband will marry another women, and in turn, contribute less to her financially and emotionally. 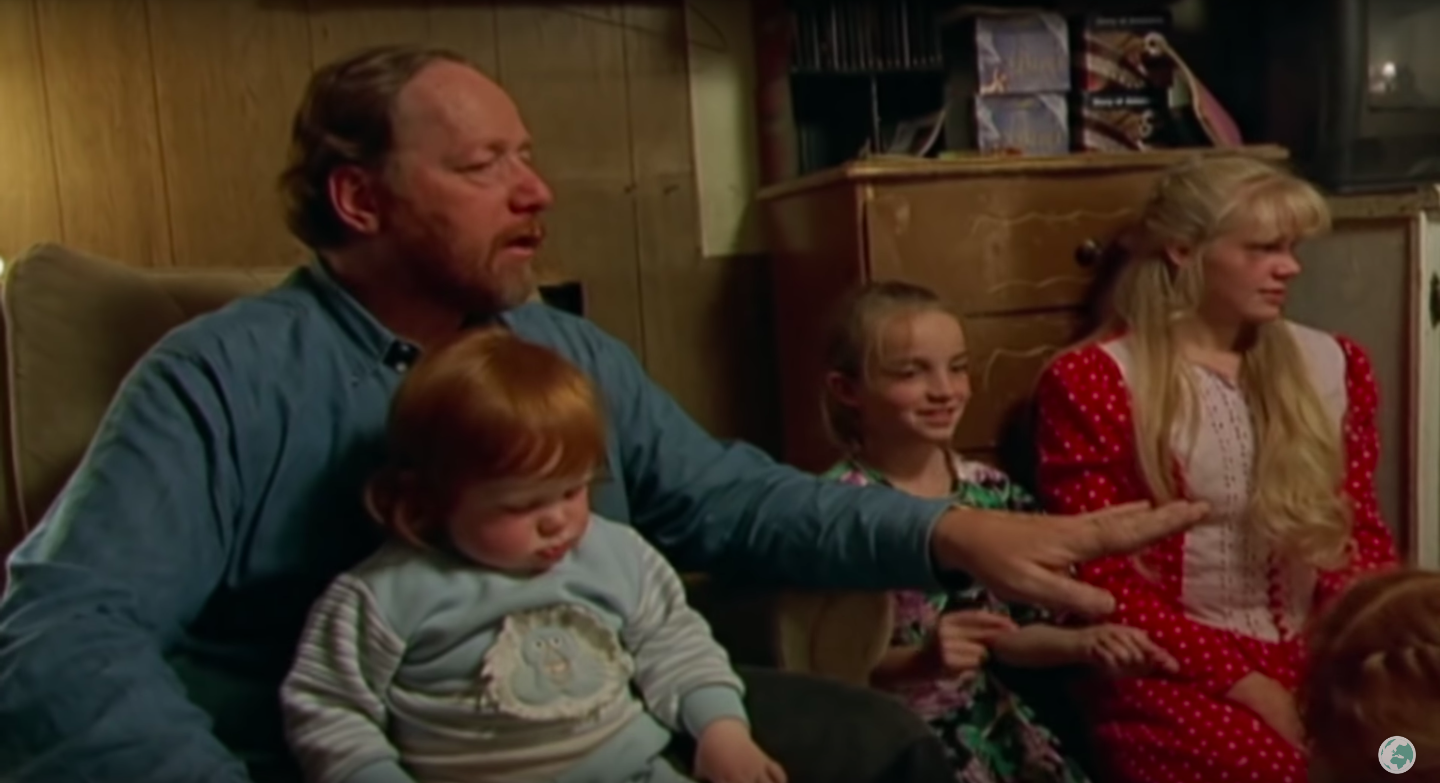 Tom Green is a Mormon fundamentalist who was convicted on four counts of bigamy and one count of child rape, as his “wife” had a child when she was fourteen. (Real Stories/Youtube)

Some have proposed the United States could have a separate system of family law for strictly monogamous marriages and a system for marriages which could become polygamous, akin to how Louisiana offers marriage and covenant marriage. This would theoretically ensure the marital rights of a spouse would not be violated.

However, Ross said she did not think it would be possible to separate the two types of marriage into two distinct systems. This begs the question of how a single system of family law could account for the logistical challenges of polygamy in implementing marital benefits.

There have been some proposals for how the United States legal system could recognize polygamy. (RELATED: Gary Johnson On Polygamy: States Can ‘Have At It’ [VIDEO])

Adrienne Davis, a professor of law at Washington University in St. Louis, proposes one such system “based loosely” on commercial partnership law. Davis’ system incorporates the unanimity, dissolution, and buyout norms of partnership law into polygamous marriage in order to address some of polygamy’s logistical challenges.

Others propose the state should overhaul how it recognizes relationships — marriage, polygamy, and cohabitation — in general. This line of thought proposes there is an inherent inequality to the state’s recognition of marriage when people have all sorts of relationships – polyfidelitous closed quads, for instance.

“I think it’s time to stop incentivizing and pushing marriage and think about what are the other kinds of families that exist and how can we support them where they’re at,” said lawyer Diane Adams on CBS’s “Non-monogamy” series last month. Adams runs a Brooklyn law firm which aims to provide marriage rights to polyamorous families. 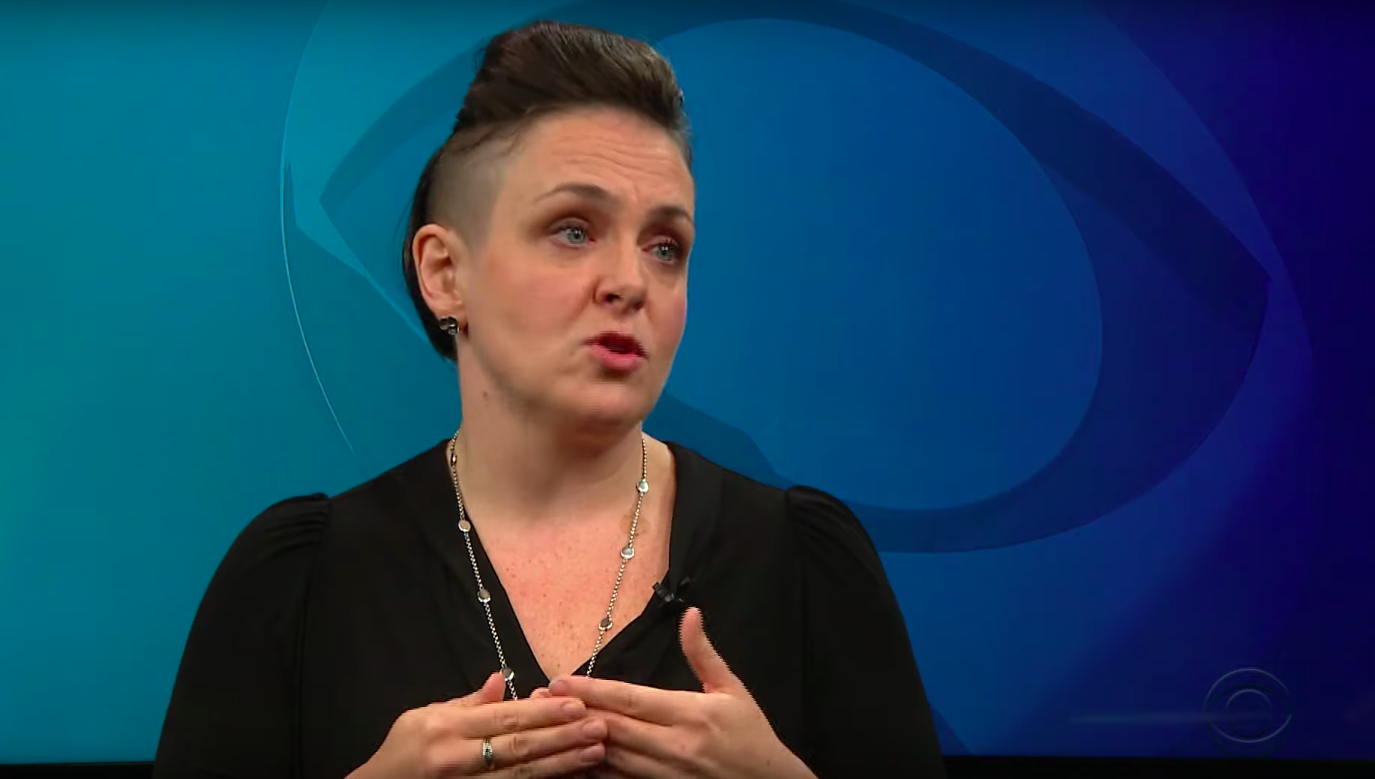 “There’s lots of different ways that we miss out on those other kinds of benefits because marriage has been so incentivized as the ideal family form,” Adams added.

In 2013, 300 leading LGTBQ activists signed a document which called for the legal recognition of “households in which there is more than one conjugal partner.” The activists contended the current family law system is flawed because it privileges marriage over other family structures. (RELATED: NYU Professor Argues Against Nuclear Family, Monogamy, Anti-Polygamy Laws)

For some, marriage itself is unfair, and one system that accounts for everyone and all of their diverse relationships would be preferable. 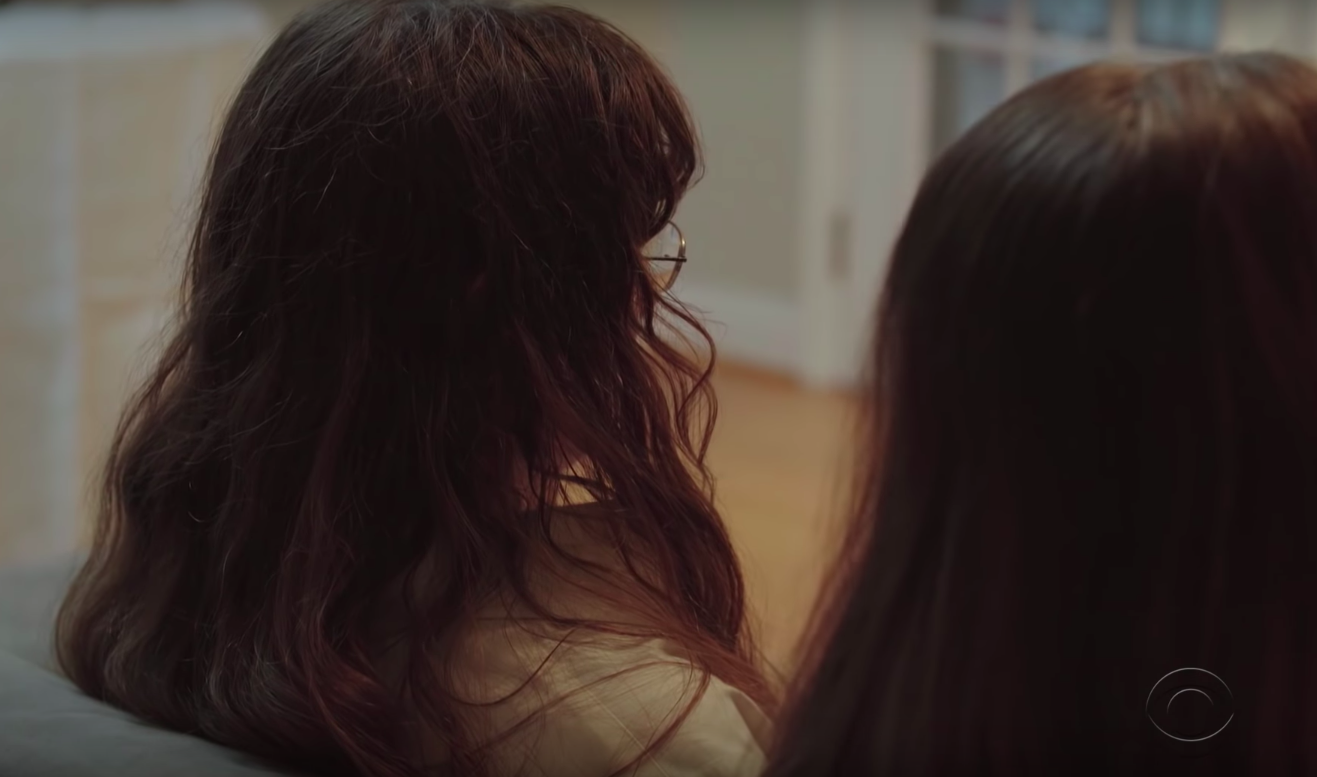 How likely is it that polygamy will be legalized in the United States? (RELATED: The Case For Polygamy)

Six Supreme Court decisions have upheld bans on polygamy. Ross said the Equal Protection Clause of the Fourteenth Amendment makes polygamy unconstitutional. However, some argue the legalization of same-sex marriage opened the door to polygamous marriage.

Chief Justice John Roberts, for example, said in his dissent in Obergefell: “Although the majority randomly inserts the adjective ‘two’ in various places, it offers no reason at all why the two-person element of the core definition of marriage may be preserved while the man-woman element may not.” 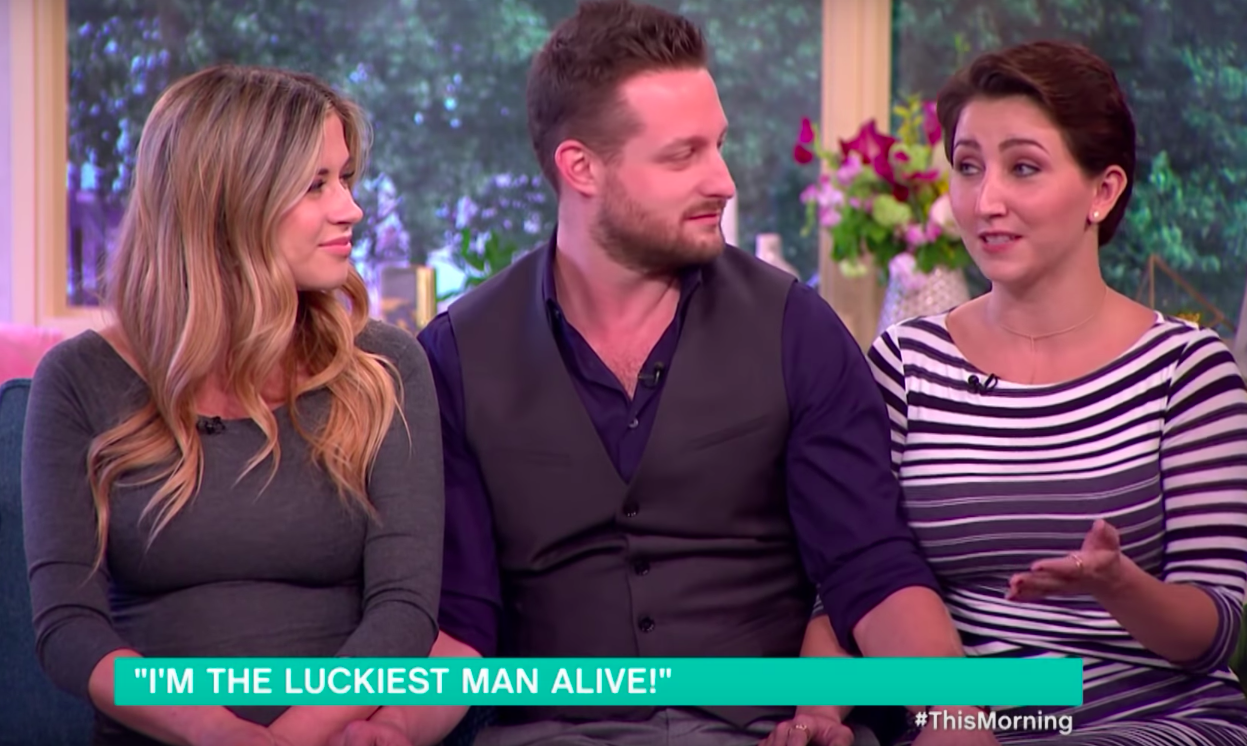 Polygamy is a “fundamental change from monogamy,” said Christopher Kaczor, a professor of philosophy at Loyola Marymount University and author of “The Seven Big Myths About Marriage.”

“Polygamy by its nature cannot be about commitment to one person. You can’t dedicate yourself to someone one hundred percent.”

Hoober: Big Tech Is A Problem For Gun Rights And So Very, Very Much More

Hedge Fund CIO: “The Truth Is That America’s Self-Destructive Odyssey Has...