Ukraine’s Ministry of Education and Science, which posted photos on its Facebook page said similar scenes could also be also spotted in the Arctic and the Alps.

Pictures of red snow near Ukraine’s Academic Vernadsky Base in the Antarctic have baffled social media users with some netizens suggesting that a massacre occurred near the base, while others saying that somebody had spilled raspberry jam. One user even said that the snow looks like watermelon and wondered what it would taste like.

However, Ukraine’s Ministry of Education and Science quickly dismissed the allegations, saying that the red colour was the work of the algae Chlamydomonas nivalis that can be found in the snowfields in the Alps and polar regions across the world.

The Ministry said the algae’s cells contain not only green pigment but a red pigment too. Like other algae, Chlamydomonas nivalis reproduces with spores, which can withstand cold temperatures and can be active throughout the winter, and under favourable weather conditions can grow through the snow, making it appear red.

This colour protects algae from the sun and ultraviolet radiation and is less capable of reflecting sunlight. As a result, snow melts faster, which in turn results in the growth of the algae.

Alex Jones announces his trip to CPAC 2020 this week and explains why the power of Infowars must be present. 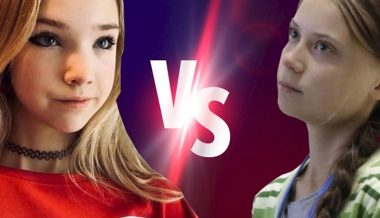