Pennsylvania Rep. Conor Lamb’s Republican opponent railed against the Democrat Tuesday after he tossed his support behind former Vice President Joe Biden’s promise to end new fracking projects if he wins in 2020.

Lamb’s praise of the former vice president’s newfound fracking position comes as his state morphs into a leader in the booming natural gas industry. The moderate Democrat is also running for re-election in a state that tilted heavily toward President Donald Trump in 2016.

“[T]he former vice president’s fracking proposal strikes a balance that aligns with the views of Democrats in his area of the state, where fracking is a major industry,” Lamb told The Wall Street Journal Monday. His Republican opponent isn’t buying the new pitch.

“The Democrats I’ve talked to– blue-collar union Democrats who work in the oil and gas industry– are scared to death by this rhetoric,” Sean Parnell, a retired Army Ranger who is running for Lamb’s seat, told the DCNF.

Lamb’s remark came one day after Biden promised during Sunday’s CNN Democratic debate to stop new fracking projects after his presidential rival, Sen. Bernie Sanders, drilled the former vice president for not being tough enough on the oil industry.

“No new fracking,” he said in response to Sanders’ hectoring. (RELATED: ‘No New Fracking’: Biden Calls For High Speed Rail To Move US Away From Oil Drilling)

Biden also suggested during the debate that he would replace fossil fuels with “high speed rail, taking millions of automobiles off the road. Making sure we move in a direction where no more drilling on federal lands.” 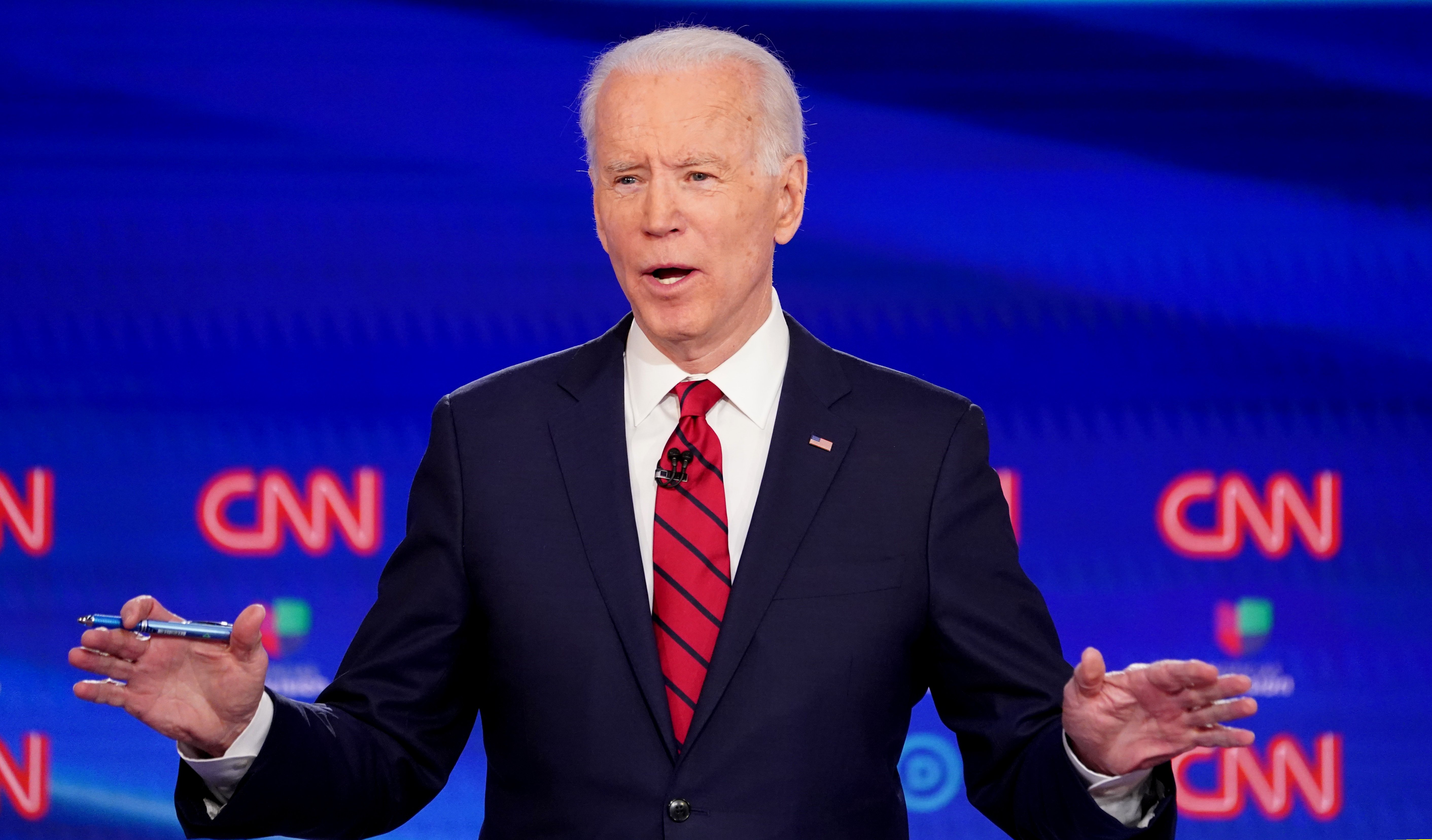 Biden’s surrogates say the vice president is referring to his plan to stop fracking on public lands, but conservative natural gas supporters say Biden’s position is effectively a ban.

“Saying no ‘new’ fracking is functionally the same as saying no fracking period,” Steve Everley a former energy advisor to former House Speaker Newt Gingrich, told the DCNF. The fracking process takes nearly a week, meaning it’s not something that occurs for months or years.

“Wells that have already been fractured will now produce for years,” said Everley, who is now the managing director at FTI Consulting, a business advisory firm that specializes in corporate finance and litigation consulting. Biden’s proposal to prohibit fracking on federal lands could be catastrophic for New Mexico, which relies on fossil fuels for roughly 40% of its state budget, he noted.

Lamb was one of four Democrats in battleground states who neglected to reply to the Daily Caller News Foundation’s questions in February about Sanders’ anti-fracking campaign. They also declined to discuss Rep. Alexandria Ocasio-Cortez’s ill-fated Green New Deal with the DCNF.

Lamb, who won a tight race in 2018 against former Rep. Rick Saccone, has also demonstrated a willingness to criticize his own caucus. He wrote a letter to House Speaker Nancy Pelosi on Feb. 15 rejecting a piece of legislation imposing a nationwide ban on fracking within the next five years. 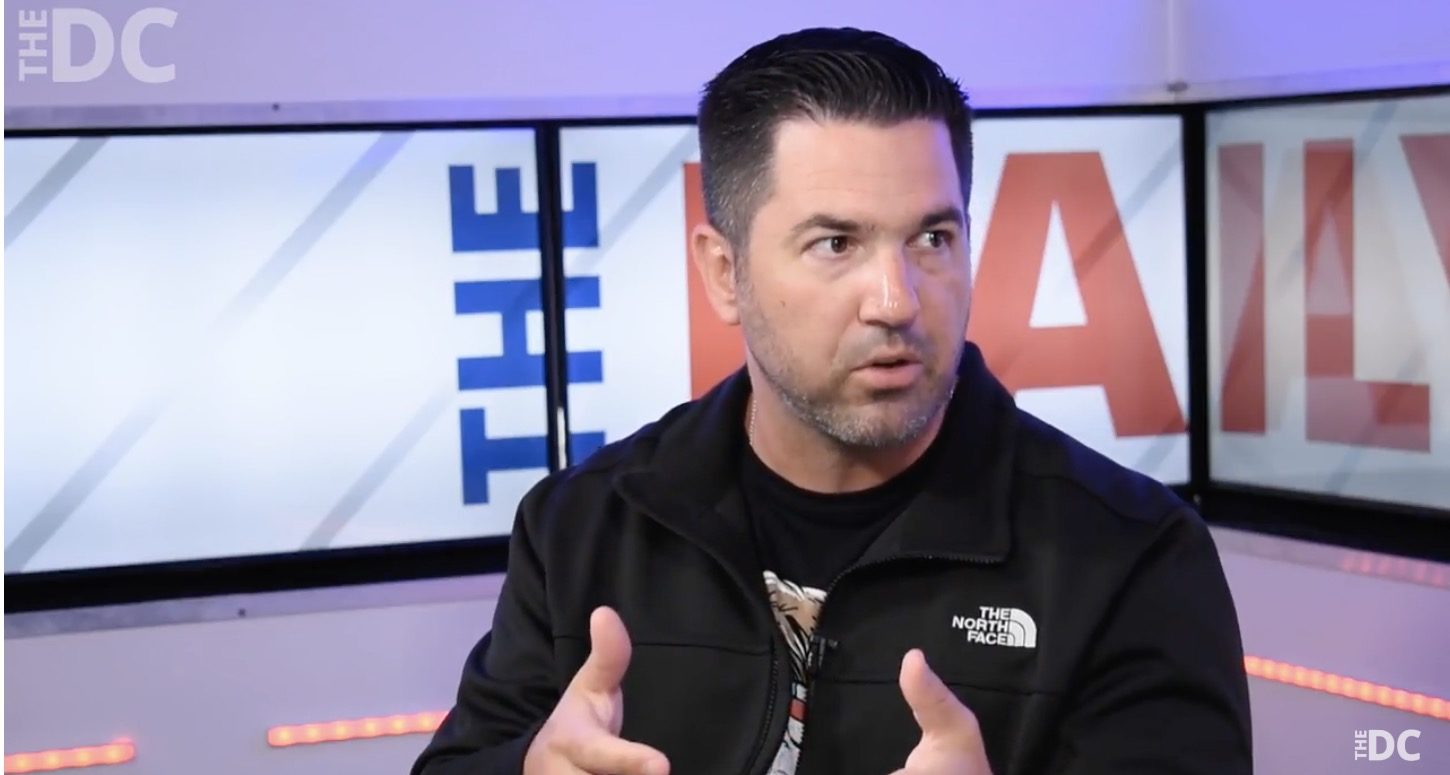 Biden and Lamb going all in on a “no new fracking” agenda also comes as Sanders champions the issue. Sanders, a self-avowed Democratic socialist, revealed his own Green New Deal in August 2019, promising everything from “virtually free” electricity and a “hunger-free” transition to green energy from fossil fuels.

Some researchers suggest the proposal, if it became law, would take a sledgehammer to American households in swing states. Households would have ponied up an average of between $74,287 and $76,683 in Colorado, Michigan and Pennsylvania, among other states, a February report from the Competitive Enterprise Institute noted.

Reports continue to show that such a policy would fracture the economy amid coronavirus fears and global oil wars. Oil prices tumbled into the $30 range on March 9 as the Saudis pushed for a cut in output to prop up prices, while Russia went the other way, and decided to infuse the market with hundreds of thousands of barrels of oil.

The Trump administration is reportedly considering ways to prop up the oil industry during the downtime.
Fracking technology helps energy producers extract natural gas out of places like the Permian Basin in Texas, and the Marcellus Shale in Pennsylvania.

But the industry is facing some severe headwinds as Russian and Saudi Arabia push to rattle the oil markets while the U.S. and other European countries attempt to tackle the coronavirus pandemic, which has killed scores of people.

The U.S. became the world’s largest producer of fracked natural gas in 2012, surpassing Russia despite former President Barack Obama’s decision in 2015 to place a moratorium on such production on public lands. It also passed coal as the country’s leading source of electricity in July 2017.

Still, some Democrats warn Biden might be treading too close to the barbwire’s edge in Pennsylvania. The former vice president “has got to become more careful in his language,” Mike Mikus, a Pennsylvania Democratic strategist, told TheWSJ of Biden’s debate language.

“There’s a reason why we’ve never had nominees run statewide here on banning fracking,” Mikus said, adding that Democrats will lose if they rely solely on urban and suburban areas of the state. They must also cater to the rural areas, where fracking and other forms of fossil fuel production reign supreme, he noted.

Biden’s campaign has not responded to the DCNF’s request for comment.