Several victims of multimillionaire pedophile Jeffrey Epstein claimed he paid doctors and psychiatrists to prescribe them sedatives and anti-depressants amid their abuse, reported the Miami Herald.

Virginia Giuffre, one of Epstein’s most well-known victims, said that doctors prescribed her Xanax throughout the duration of her abuse by Epstein.

“There were doctors and psychiatrists and gynecologist visits. There were dentists who whitened our teeth,” Giuffre said.

She went on to describe how the medications were just another means for Epstein to control the girls, in addition to his wealth and influence.

“There was a doctor who gave me Xanax. What doctor in their right mind, who is supposed to protect their patients, gives girls and young women Xanax?” she added.

Sarah Ransome, another victim, said she was prescribed Lithium after she found herself at the verge of a nervous breakdown.

“Not one person helped us,’’ said Ransome, who sued Epstein and his then-partner, British socialite Ghislaine Maxwell, in 2017 for trafficking her when she was 22. “Everyone around us had to know, because we looked so broken. But no one did anything.”

“What they do, they are very clever. They hook you in. And when you’re in, you can’t get out. That’s it. You are in deep.”

“Jeffrey was always surrounded by girls, always,” she continued. “And these weren’t normal girls. You could see it in our faces…We were damaged, we were medicated. How can you sit in front of a group of girls with Jeffrey and say ‘we just didn’t know it’? You had to know.”

“I find it so funny with all these people, after Jeffrey was arrested, saying ‘we didn’t know — we didn’t see anything,’” Ransome added.

As we reported, Epstein also had a plan to systematically inseminate as many of his sex slaves as possible at his New Mexico “Zorro” compound in a eugenics operation to “strengthen the human gene pool.”

What does Epstein’s connection to the Israeli equivalent of the NSA & tech companies financed by US & Israeli intel agencies tell us about the tactics & tools of mass surveillance, gun control & population control? 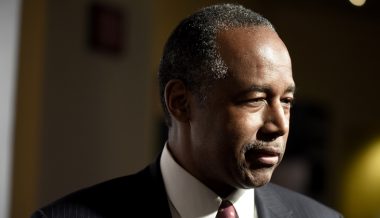