North Korea has reportedly ousted the director of its top intelligence agency as well as Kim Jong Un’s long-running head of security.

The Korea Herald reported that Jang Kil-song will be replaced as leader of the Reconnaissance General Bureau (RGB), North Korea’s military intelligence agency, by Lt. General Rim Kwang-il, according to leaks on a Wednesday report from Seoul’s Unification Ministry.

Leaks out of the Democratic People’s Republic of Korea are notoriously unreliable; however, numerous DPRK watchers have reported on the personnel shuffle, as well as the New York Post.

The RGB is known to be North Korea’s top agency for espionage, clandestine operations, cyber warfare and other “high-profile attacks” typically carried out against South Korea, Japan and the United States, according to the Herald. Seoul believes the agency was responsible for attacks on a South Korean naval vessel that killed 46 sailors, the report said.

No reason has been given for the switch, but Rim was recently appointed as a member of the Central Military Commission of the ruling Worker’s Party.

It’s also believed that the general in charge of protecting Kim Jong Un and his family since 2010, Gen. Yun Jong-rin, was replaced last April by Kwak Chang-sik as the new Supreme Guard commander, according to KBS World. 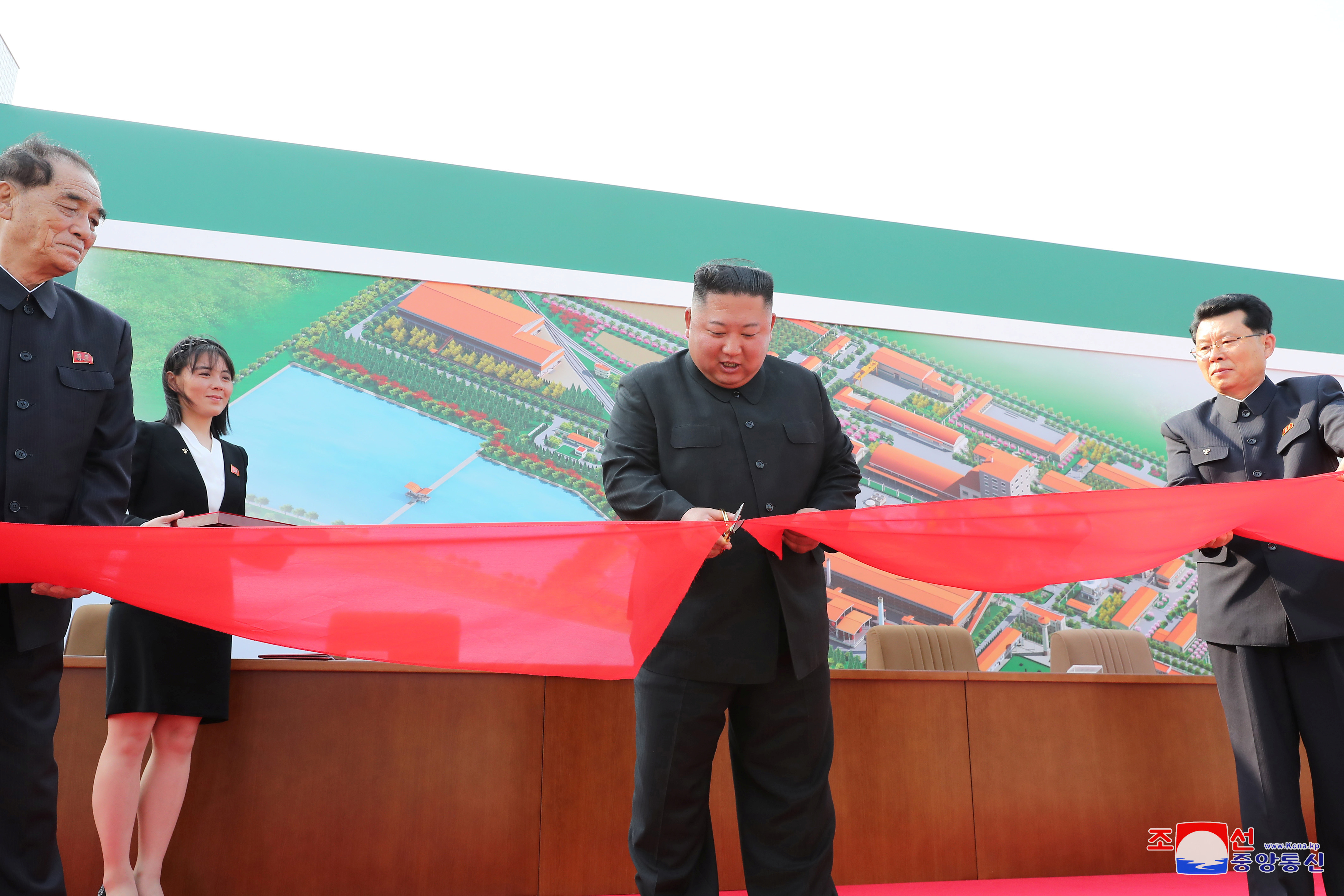 North Korean leader Kim Jong Un attends the completion of a fertiliser plant, together with his younger sister Kim Yo Jong, in a region north of the capital, Pyongyang, in this image released by North Korea’s Korean Central News Agency (KCNA) on May 2, 2020. KCNA/via REUTERS

These reports have come to light following rumors over the Supreme Leader’s health after he uncharacteristically vanished from his typical appearances at numerous key national events. He reappeared at a ribbon-cutting ceremony May 1 for the opening of a new fertilizer plant, but that appears to have sparked further rumors over whether it was actually him. (RELATED: Is Kim Jong Un Dead? Here’s What We Know)