One of the US Air Force’s retired F-117 Nighthawk stealth aircraft was recently photographed over the famous “Star Wars Canyon” in Death Valley, California.

An eagle-eyed photographer named Toshihiko Shimizu spotted the elusive, jet-black aircraft on Wednesday and snapped a couple of shots for his Instagram page.

Shimizu described the encounter in an interview with The Aviationist:

“I was at the east end of Star Wars Canyon. At 9:36 a.m., I found a black shadow in the sky of the west side of the canyon. After I looked in my camera, I found it’s F-117. It came from the south, then turned right and headed to north. 5 minutes later, it came back from south again, and flew the same course. [At] 10:27, it came back again from south. It seemed to fly the same course. After that, it didn’t come back again.”

While the Air Force retired the F-117 Nighthawk some years ago, a handful continue to fly in the American Southwest, where the Pentagon uses them for radar profiling tests to hone its mastery of stealth technology, Sputnik reported.

The plane’s unique, angular shape, which made it hard to handle in the sky and earned it the nickname “Wobblin’ Goblin,” is still occasionally spotted against the brown hillsides of the Nevada and California deserts.

Rainbow Canyon, better known as “Star Wars Canyon” because of pilots’ affinity for flying through the canyon in a way reminiscent of the climactic battle of the first “Star Wars” film, often attracts aviation fans looking to catch a glimpse of some US military jets up close.

In July 2019, a US Navy F/A-18E Super Hornet crashed in the canyon after it struck the rock wall, killing the pilot and injuring seven park visitors. The accident caused flights down the canyon to be temporarily halted, and they have only recently resumed.

Dr. Francis Boyle joins The Alex Jones Show to break down the president’s response to the coronavirus pandemic. 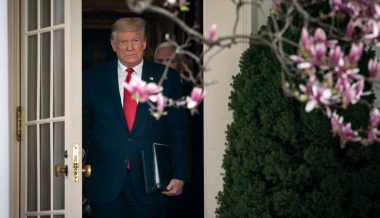 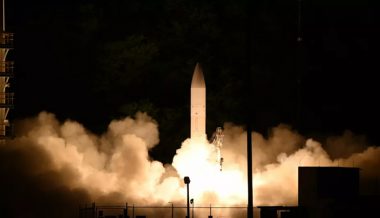