The development comes as the United States and Iran are experiencing a new low in their relations on the heels of the recent drone attack against Saudi oil refineries that Washington and its allies have swiftly blamed on Tehran – a claim that the Islamic Republic vehemently rejects.

The Russian Foreign Ministry has condemned the latest batch of sanctions introduced against Iranian institutions, calling them “illegitimate.”

“This will not affect our approaches to Iran. As we planned, we will continue to cooperate with Iran in the banking sector. This will have no effect [on Russia’s position],” Russian Foreign Ministry Second Asian Department Director Zamir Kabulov said.

The announcement comes as President Trump stated that the United States is introducing sanctions on Iran.

“We have just sanctioned the Iranian national bank,” Trump told reporters in the Oval Office, later clarifying that he was referring to the Iranian central bank.

Speaking to reporters at the White House on Friday, Trump said that the new sanctions represent the “highest sanctions ever imposed on a country”. He also added that the latest sanctions against Iran go “right to the top.”

Later, the president said that he expected the sanctions to work on Iran. Trump added that the military option could also work, but he hoped that Washington will never have to resort to it.

The latest reports show Benjamin Netanyahu’s Likud party is losing the majority in the Israeli elections.

Additionally, United States Secretary of the Treasury Steven Mnuchin said that the National Development Fund is also falling under the sanctions.

The US slapped sanctions against the Iranian economy’s energy, banking, and shipping sectors following its withdrawal from the Joint Comprehensive Plan of Action (JCPOA) – a 2015 accord that lifted international sanctions from the Islamic Republic in exchange for the latter limiting its nuclear programme. Washington also threatened to impose sanctions against any entity dealing with Iran.

Relations between Washington and Tehran recently further soured after the US accused Iran of being involved in a drone attack against Saudi Aramco’s oil refineries last week. 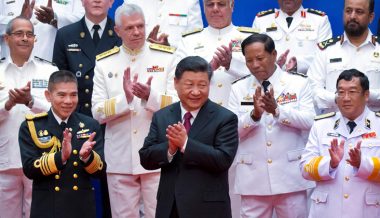 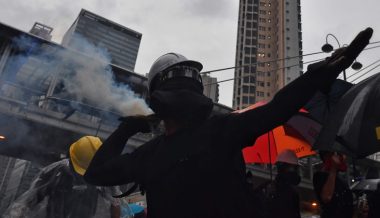 ‘You Didn’t Listen To Us!’: Leader Of Parent Advocacy Group Tears Into School Board For Allowing Activism To Take Over Education

Russia as a strategic partner in the Arctic (Video)

Netherlands Trains Bees to Sniff Out People With COVID-19