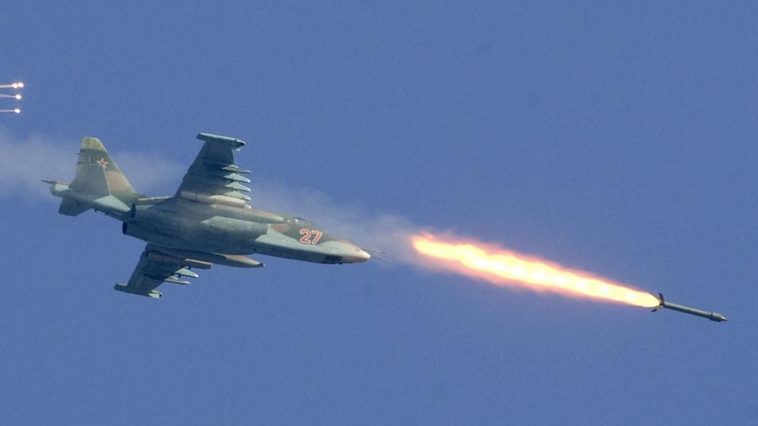 ٍSources reported information on the killing of /13/ ISIS terrorists due to the Russian warplanes’ targeting on their gatherings in “Athria” axis and the Badia area in Hama countryside.

The sources pointed out that the Russian attacks took place during Sunday, through several sorties that hit the headquarters and gatherings of ISIS terrorists monitored in several areas in Hama eastern countryside, noting that most of the targetings were on the “Athria” area.

The sources indicated that the airstrikes killed / 13 / ISIS militants, wounded / 5 / others, and destroyed two military vehicles.

The Russian attacks came less than 24 hours after other attacks on the sites of ISIS militants in the Badia of Deir Ezzor countryside (Jabal Al-Bishri – Al-Mayadin) on Saturday midnight, in addition to the Aleppo- Hama- Raqqa triangle region, in which ISIS caves were targeted without information on the results of these strikes.

The activity of “ISIS” cells in the Syrian Badia region reappeared about /3/ months ago, through attacks and targetings on the villages and towns in the region, noting that this activity coincided with several American operations that were monitored to remove ISIS detainees outside the SDF prisons in Hasakah.