An international group of scientists, including Andrey Savelyev, associate professor of the Institute of Physical and Mathematical Sciences and Information Technologies of the IKBFU, has improved a computer program that helps simulate the behavior of photons when interacting with hydrogen spilled in intergalactic space.

Results are published in the scientific journal Monthly Notices of the Royal Astronomical Society.

Andrey Saveliev states, “In the Universe there are extragalactic objects such as blazars, which very intensively generate a powerful gamma-ray flux, part of photons from this stream reaches the Earth, as they say, directly, and part are converted along the way into electrons, then again converted into photons and only then get to us. The problem here is that mathematical calculations say that a certain number of photons should reach the Earth, and in fact it is much less.”

Scientists, according to Andrey Savelyev, today have two versions of why this happens. The first is that a photon, after being converted into an electron (and this, as is known, in contrast to a neutral photon, a charged particle) falls into a magnetic field, deviates from its path and does not reach the Earth, even after being transformed again into the photon.

The second version explains the behavior of particles flying to our planet not by their interaction with an electromagnetic field, but by contact with hydrogen ‘spilled’ in the intergalactic space.

“Many people believe that space is completely empty and that there is nothing between the galaxies. In fact, there is a lot of hydrogen in a state of plasma—that is, in other words, very strongly heated hydrogen,” the scientist explains. “And our report is about how particles interact with this plasma. There is a special computer program that calculates models of particle behavior in intergalactic space. We can say that we improved this program by considering several possible options for the development of events in interaction with plasma.”

Unfortunately, it is not yet possible to verify the calculations empirically, because people have not yet learned how to create extreme space conditions on Earth, but Andrey Savelyev is sure that someday this will become possible to some extent.

It is important to note that the results of the research, despite the fact that while they are what is called “pure science,” can theoretically be applied in practice in the future.

“Plasma—the fourth state of matter (in addition to gas, liquid and solid)—is very difficult for research,” says Andrey Savelyev. “At the same time, humanity has high hopes for it, as a source of cheap and very powerful energy. And our study is a small contribution to the collection of plasma knowledge. Perhaps they will be useful in developing effective nuclear fusion.”

David Icke joins The Alex Jones Show to expose the technological take over and how human thought will be a tragic casualty.

By the way, save money while improving your daily life by ordering the Change Your Life Trifecta Pack during our Cyber Week sales! 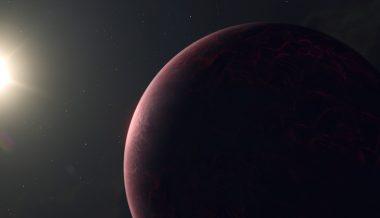 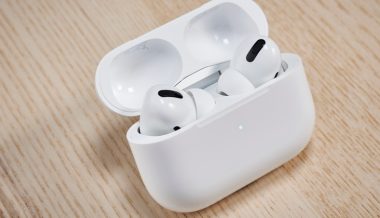