Sometimes the news really is simple. This is one such case.

Actions speak with great power. Imposter Joe Biden’s actions proclaim to the world that the United States, in his view, has no right to its sovereign borders.

Senator John Kennedy of Louisiana is perhaps one of the most clever men in that legislative body. He has a knack for making the complex extremely understandable without using tired and overused five-second soundbites. No, he has his own original five second soundbites and they are actually fun to listen to. Here, he talks about how Joe the Evil Grandpa Biden wants the US to have open borders, which is not news to anybody watching and following the developments on the US-Mexico border. He makes it news though when he lists countries that do have border walls, a list which was quite surprising to me:

I did a lookup to see how many other countries have or are building border barriers that are essentially walls. The map below shows the countries that have such walls in orange: 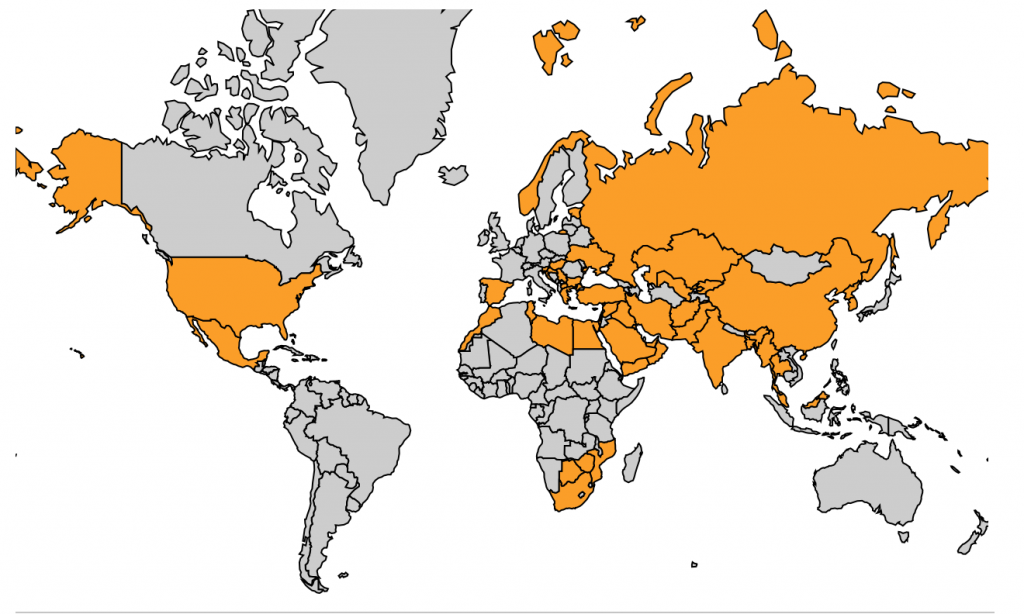 Pretty surprising? The following list from the same site shows what countries have walls as of this year. In some cases, both sides of a given border may have their own barriers built; this may be why the list seems redundant, with both countries named who share any given border barrier.

Still, this list is surprising because I had no idea so many countries have such structures. Certainly the American narrative makes it sound like almost nobody would do such a primitive, barbaric act, but many of the countries on this list are highly developed European nations, and of course, Saudi Arabia has more money than God, so it is not all about Iron Curtains and keeping people in – it is also about preserving sovereignty of given nation states.

Most notably, Hungary has moved in a very Christian conservative direction in recent years, and they were took action when the Middle Eastern refugees stormed Europe – Hungary said – “not here you don’t.” While the European Union government howled its woke disapproval, Hungary told them where they could stick their criticism and they maintain their wall.

Admittedly, some nations constructed sort of “prisons” for their own people, such as North Korea against South Korea, or China againt Hong Kong, but not everyone has this motive. Spain has a border fence around one of its North African cities to keep Moroccoan illegals out.

For Joe Biden and the Woke Monsters, walls are evil. For many Americans, the spectres of the Berlin Wall and the Iron Curtain are easy ghosts to make American people feel uneasy about a wall. Yet, as we see here, these are practical means of insuring border security. They enforce immigration law when officers cannot be on site to do it.

With this recent report above from the US Mexico border noting refugees flowing in from Haiti, non-American countries and so on, it seems a good idea to have our nation’s wall finished, and as a mainstey of America First border policy – just the same as Hungary has a “Hungary First” border policy, or any other such nation in the world.