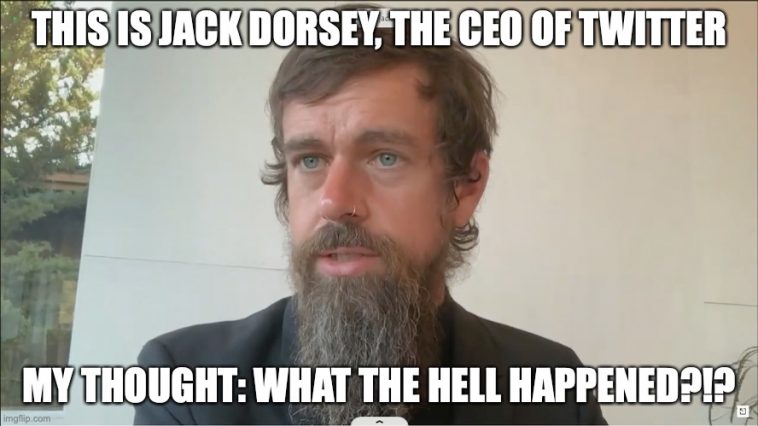 Twitter CEO Jack Dorsey appeared on a videoconference before the Senate Judiciary Committee, under subpoena, to give account for why Twitter blocked all messages from the New York Post concerning Hunter Biden’s laptop and discovered e-mails alleging a strong connection between Hunter, Joe Biden (the Democrat Presidential candidate) and big money in both Ukraine and China.

The man appeared to be sedated. He also looked like what happens when an Amish Pennsylvania Dutch guy meets the drug culture. This was quite a shock.

But that aside, the confrontation by Senator Ted Cruz (R-TX) was quite something to see. We present that below.

This is important because social media has a great hold on free transfer of information. The Duran itself is one of the sites that has suffered greatly from this practice. The Duran is constantly alleged to be a Russian site (it is not), under the pay of the Russian government (it is definitely not), and that it is a “peddler of Russian disinformation” (which is also simply not true.)

It is bad enough to be slandered to a population that is not interested in doing its own research. It is worse still, that the exchange of ideas and opinions is being squelched in a nation whose greatest claim to fame during the Cold War was freedom of the press.

But to the point: it should not matter if The Duran or any other publication were to be a Russian sourced publication. Indeed, Pravda, Izvestia, Russia Today, and Sputnik, and TASS News Agency ARE Russian publications and they are free to disseminate whatever news and opinion they have from Russia. It is the right of every free American to be able to read news and opinion from other nations’ points of view. We learn a lot about them and about ourselves doing that.

It is simply not tenable for anybody to presume the role of media censor in the United States when it comes to a free and independent people and their wish to peruse information. We have hopes that this hearing today (given in full here) will move the ball on this issue and bring the most blatant display of news suppression in the US’ recent history to a crashing close.