A senior Trump administration official has slammed claims from CNN that President Donald Trump is having trouble breathing at Walter Reed Military Hospital as false and “downright disgraceful.”

President Trump, and First Lady Melania, both tested positive for COVID-19 on Thursday. “The White House medical team and I will maintain a vigilant watch, and I appreciate the support provided by some of our country’s greatest medical professionals and institutions,” said White House physician Navy Commander Dr Sean Conley in a statement at the time.

The President was then taken into into Walter Reed National Military Hospital on Friday, following his positive test. His doctor, Navy Commander Dr Sean Conley said the President was “fatigued but in good spirits,” while the First Lady has “a mild cough and headache.”…

“President Trump remains in good spirts, has mild symptoms, and has been working throughout the day,” said Kayleigh McEnany, the White House Press Secretary. “Out of an abundance of caution, and at the recommendation of his physician and medical experts, the president will be working from the presidential offices at Walter Reed for the next few days.”

Despite the administration noting that the President would continue to be in charge of the executive branch, and working from the offices at the hospital, CNN claimed that anonymous sources within the administration had painted a totally different picture.

“Trump adviser said there is reason for concern about Trump’s health tonight,” Acosta tweeted, claiming his source said the President’s situation was serious. “The source went on to describe Trump as very tired, very fatigued, and having some trouble breathing,” Acosta continued.

Trump adviser said there is reason for concern about Trump’s health tonight. “This is serious,” the source said. The source went on to describe Trump as very tired, very fatigued, and having some trouble breathing. WH officials continue to say Trump will be fine.

However, a senior Trump administration official slammed the claims, telling Fox News that the CNN reports about President Trump having difficulty breathing were “downright disgraceful.”

NEW: A Senior Administration Official insists that President Trump is not having difficulty breathing, and he called reports that POTUS is having a hard time breathing “downright disgraceful.” — via @KristinFisher

The reporting had already been slammed by many online, including conservative political strategist Arthur Schwartz. “Your sources suck and Acosta is a known liar,” Schwartz tweeted. “This is complete bullsh*t and you should be ashamed of yourself.”

Your sources suck and Acosta is a known liar. This is complete bullshit & you should be ashamed of yourself. https://t.co/3bGwoH0YSL

Your sources suck and Acosta is a known liar. This is complete bullshit & you should be ashamed of yourself. https://t.co/3bGwoH0YSL 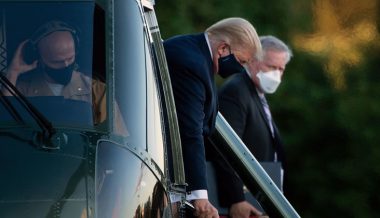 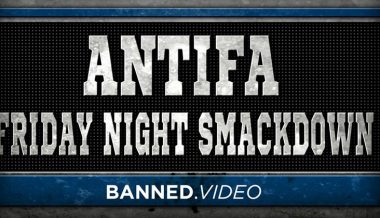