Family members discovered 2,246 medically preserved fetal remains on the property of an abortion doctor who passed away on Sept. 3, authorities said Friday.

An attorney representing former Dr. Ulrich George Klopfer’s family told the Will County, Illinois, Coroner’s Office Thursday they discovered what appeared to be fetal remains and asked the coroner to properly remove them, the Will County Sheriff’s Office said in a press release.

“There is no evidence that any medical procedures were conducted at the property,” the sheriff’s office continued.

The Indiana Medical Licensing Board indefinitely suspended Klopfer’s medical license in August 2016, NBC affiliate WNDU reported. “Well let me put it this way, the Attorney General’s Office and the Right-to-Lifers are in bed together,” Klopfer told the outlet at the time. “How is that?”

“Women get pregnant, men don’t. We need to respect women making a decision that they think is best in their life,” he told the Indiana Medical Licensing Board in 2016, according to The Fort Wayne Journal Gazette. “I’m not here to dictate to anybody. I’m not here to judge anybody.”

The Left’s stranglehold on pop culture reveals itself when late-night “comedy” show hosts laugh at abortion concerns and lampoon pro-life Americans. This eye-opening special report exposing the dramatic contrast between the left and right’s positions on abortion is a must-see. Watch Alex Jones, Owen Shroyer, and David Knight combat this dark agenda that has completely disrupted half of the population’s ability to debate this topic intelligently and compassionately. 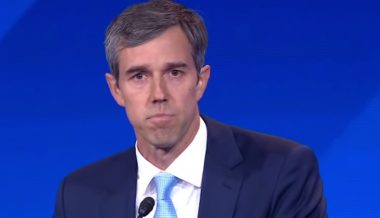