Singer Linda Ronstadt told United States Secretary of State Mike Pompeo during the Kennedy Center Honors State Department dinner on Saturday that he will be loved when he stops “enabling” President Donald Trump.

While delivering his remarks at the dinner on Saturday evening, Secretary Pompeo joked by asking when he would be loved, in reference to the singer’s 1974 hit, entitled, “When Will I Be Loved?” according to a report by Daily Mail. 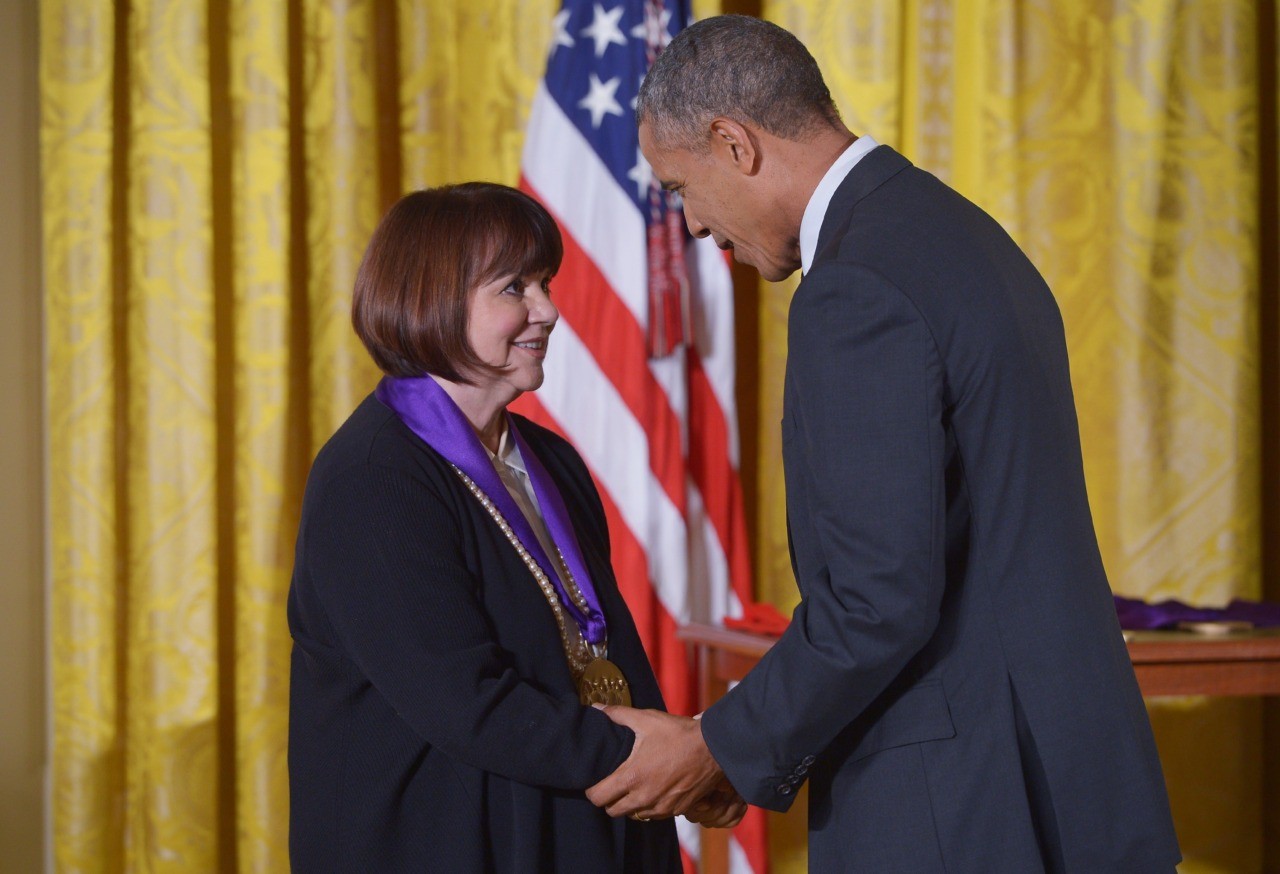 US President Barack Obama presents the National Medal of Arts to US singer Linda Ronstadt during a ceremony in the East Room of the White House on July 28, 2014 in Washington, DC. AFP PHOTO/Mandel NGAN (MANDEL NGAN/AFP via Getty Images)

Secretary Pompeo reportedly hosted the singer and other attendees at the State Department Artist’s Dinner, where honorees received awards before the 42nd annual gala.

The report added that actress Sally Field said that she wouldn’t have attended if President Trump decided to also show up to the gala — an event that typically has the United States president in attendance.

Nevertheless, President Trump and First Lady Melania Trump had declined Sunday’s event, making it the third year in a row that they have opted out of attending the gala.

The gala was hosted by rapper LL Cool J, who reportedly made a comment about how the United States should stay “encouraged” through so-called difficult times.

The Daily Mail also noted that many of the politicians in attendance had avoided walking the red carpet, where they could expect to be approached by reporters.

House Speaker Nancy Pelosi and Senator Rand Paul (R-KY), however, were both spotted walking the red carpet at the event.

Actor Tom Hanks was also seen on the red carpet, where he joked about shooting someone in the foot if they were to suggest that someone “could not become president.”

“Here’s one thing you should never do, no way: if anybody says, ‘So-and-so could not become President of the United States,’ take a gun and shoot them in the foot,” said Hanks, providing his predictable political commentary quintessential of an actor.

Hanks then reportedly settled with “stabbing” or “dropping a rock” on the hypothetical person’s foot, instead.

“They are wrong,” continued Hanks of this made-up person. “Anybody can become President of the United States.”

Trump Attorney on Mar-a-Lago Raid: DOJ, FBI Use ‘Guise’ of ‘National Security’ to ‘Hide Things from the Public’

How To End A Recession…Start A War!