The anti-American organization Antifa announced their plan to overthrow President Trump through violent revolution, and the Trump administration finally responded by activating the Marines to prevent a Deep State coup.

The violent far-left group is funded in part by billionaire George Soros and Clinton/Obama stay-behind networks such as MoveOn and Onward Together.

For example, the New York Times published a full-page ad for Antifa in 2017 calling for a full-blown revolution to drive Trump from power. 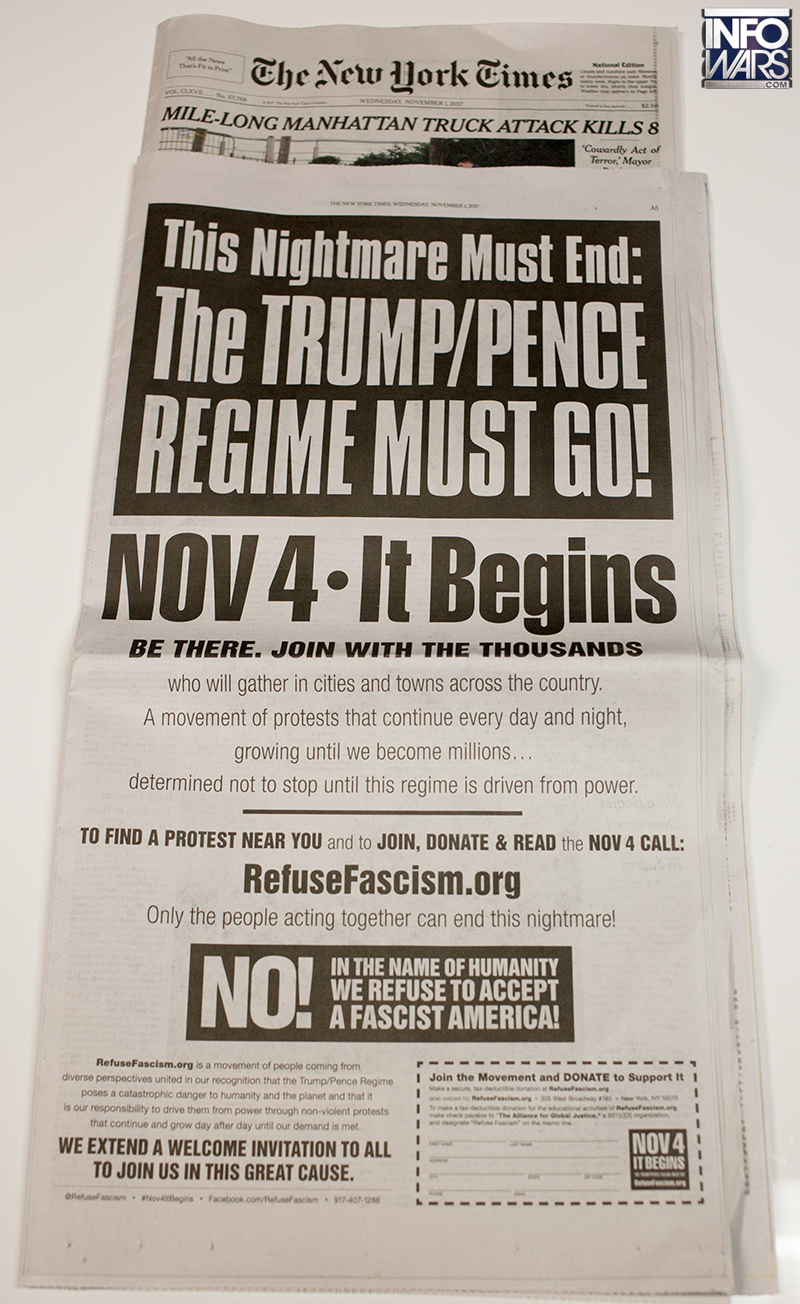 Soros has activated Antifa for civil unrest during key historical events, such as in 2018 amid Brett Kavanaugh’s Supreme Court confirmation hearings, and in Baltimore 2015 during the Freddie Gray protests.

The Deep State and their cohorts have been intensifying their coup against Trump in light of Democrats losing grip of their hoaxes against him ahead of 2020.

Now the media, Democrat and Republican lawmakers and even military figures are calling for Trump’s arrest, imminent overthrow, and even death despite the fact the general election is just a year away.

It’s clear the establishment plans use Antifa as an ignition point to kick off a larger civil war to overthrow Trump before the 2020 election.

That’s why Trump activated the Marine reserves to protect against “threats within the Homeland” earlier this month.

Brigadier Gen. Daniel L. Shipley, Director of Manpower Plans & Policy, signed off on the directive called, “ORDER TO ACTIVE DUTY TO PROVIDE ASSISTANCE IN RESPONSE TO A MAJOR DISASTER OR EMERGENCY.”

Watch Alex Jones break it all down below: