Pentagon spokesman Lieutenant Colonel Dave Eastburn said that the US has expressed ‘strong concern and disappointment’ over South Korea’s decision to scrap its intelligence pact with Japan. He added that intelligence sharing is crucial to defense cooperation in the region. The United States, South Korea and Japan are stronger and safer when they work together, Eastburn said.

“We encourage Japan and Korea to work together to resolve their differences,” he said in a statement.

Previously, the Trump administration urged Seoul not to abandon the agreement, fearing this could impact talks with North Korea.

Known as the General Security of Military Information Agreement (GSOMIA), the pact was signed in 2016 and was due to be automatically renewed on 24 August. It regulated the sharing of intelligence data about North Korea’s nuclear activities and also China’s growing military capabilities.

Tokyo’s Foreign Minister Taro Kono reacted to Seoul’s decision, saying the move to end the pact was ‘a complete misjudgement of the current regional security environment’.

Relations between South Korea and Japan have become strained after a court in Seoul ruled in June that Japanese companies must provide compensation to victims of forced labor during the colonization of the Korean Peninsula between 1910-1945. Tokyo insists that the issue of damages had already been resolved.

Mike Adams breaks down the crumbling infrastructure of virtue signalling companies creating a demand for bad ideas and sinking investors. 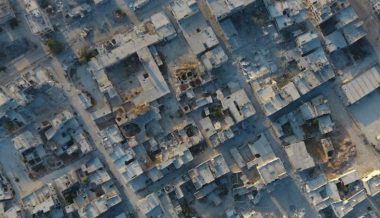 PATEL: America’s Leaders Need to Step Up Before It’s Too Late