Adam Driver apparently is not fond of hearing his own performance and flat-out walked out of an interview on NPR over a clip from his movie “Marriage Story.” 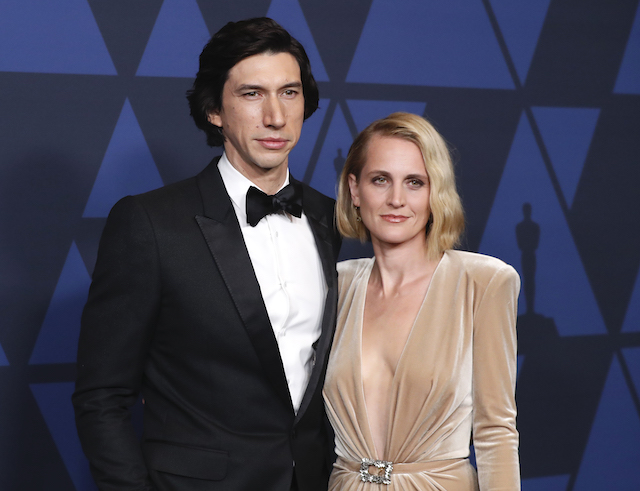 Sources at NPR shared with the outlet that the 36-year-old actor reportedly walked out of the interview after expressing displeasure at the idea of listening to the clip of himself singing “Being Alive” from the musical “Company,” which he performs in the Netflix film. (RELATED: Watch The First Full Trailer For ‘Star Wars: The Last Jedi’)

Insiders shared that Gross and crew knew that the “Star Wars” actor didn’t like listening to himself and encouraged Adam to just take off his headphones during that part of the show.

According to the outlet:

Danny Miller, Fresh Air’s executive producer, confirmed that Driver left during a break in the interview “while we were playing back a clip from the film.” The star actor recorded his end of the interview from NPR’s New York studios, while Gross was in Fresh Air’s base at WHYY-FM in Philadelphia.

“We don’t really understand why he left,” Miller explained in an email. “We were looking forward to the interview—Terry thinks he’s a terrific actor, he was a great guest when he was on [Fresh Air] in 2015—so we were disappointed that we didn’t have a new interview to share with our listeners about Marriage Story.”

Back in 2015, Driver and Gross had another similar interaction during his appearance on the show when the host played an audio clip of his work.

“I don’t want to hear the bad acting that probably was happening during that clip,” the “Dead Don’t Die” star joked at the time.

“Does it throw you off to hear yourself?” Gross asked.

“Yeah, no, I’ve watched myself or listened to myself before, then always hate it,” Driver explained. “And then wish I could change it, but you can’t. And I think I have, like, a tendency to try to make things better or drive myself and the other people around me crazy with the things I wanted to change or I wish I could change.”