Religious statues in two different states have been beheaded by vandals as sculptures around the country are targeted for destruction.

The Blessed Virgin Mary statue that was beheaded was located in Chattanooga, Tennessee and the decapitated statue of Jesus was in Miami-Dade, Florida.

The Good Shepard Catholic Church, where the Virgin Mary was desecrated, released a statement, reading, “This incident has saddened the parish community. It is too soon to arrive to any conclusion, but we have seen other churches vandalized around the country.  We totally ‘condemn’ this action. We invite our community to pray for peace.”

Meanwhile, Rick Stika, Bishop of the Roman Catholic Diocese of Knoxville, spoke out on Twitter, writing, “What a strange [time we live in.] Over the weekend, a outdoor statue of the Blessed Mother was beheaded at St. Stephen Parish in Chattanooga. This is occurring at various spots throughout the United States.”

What a strange time when live it. Over the weekend, a outdoor statue of the Blessed Mother was beheaded at St. Stephen Parish in Chattanooga. This is occurring at various spots throughout the United States.

Following a few weeks of political statues being targeted, it now appears religious effigies are being singled out for destruction.

Last week, in Queens, New York, a statue of the Virgin Mother was desecrated with spray paint. Just a few days ago, in Boston, a statue of the Virgin Mary was set on fire. Just a few days ago, in Ocala, Florida, a 23-year-old man was charged ‘after detectives say he plowed a minivan through the front door of Queen of Peace Catholic Church in Ocala, doused the foyer with gasoline and set it on fire, causing extensive damage.’ On June 19, June 20, and July 4, statues of St. Junipero Serra were toppled in three California cities. On July 11, the sacred Catholic mission  of San Gabriel, a mission founded 249 years ago by Serra — the left’s latest target as a racist colonialist (fact check: he was not) — was decimated by a fire that is under investigation for arson.

NewsChannel 9 covered the Tennessee vandalism in the following news report: 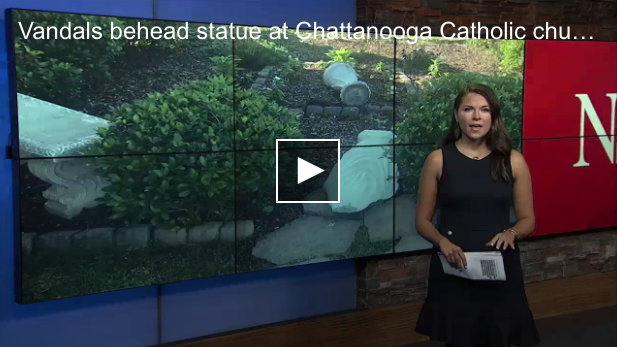 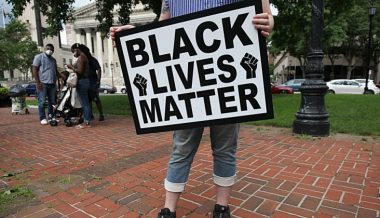 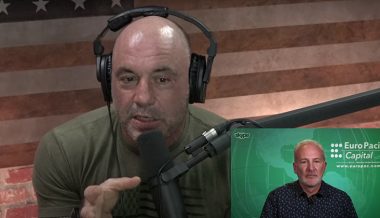