Sen. Steve Daines (R-MT) demanded accountability for the $82 billion in U.S. military equipment stolen by the Taliban in a letter written to President Joe Biden Friday.

I write regarding the deteriorating situation in Afghanistan which has put American lives at risk and triggered a preventable humanitarian crisis. Taliban militants are now threatening innocent civilians and restricting evacuee movement using U.S. military equipment, which they obtained through a hasty withdrawal of U.S. forces. This matter requires your immediate attention.

The Montana conservative noted that the American government has provided $82.9 billion in equipment, supplies, services, training, and funding to the Afghan National Army, Air Force, Special Forces, and Police. Daines noted that the equipment includes: 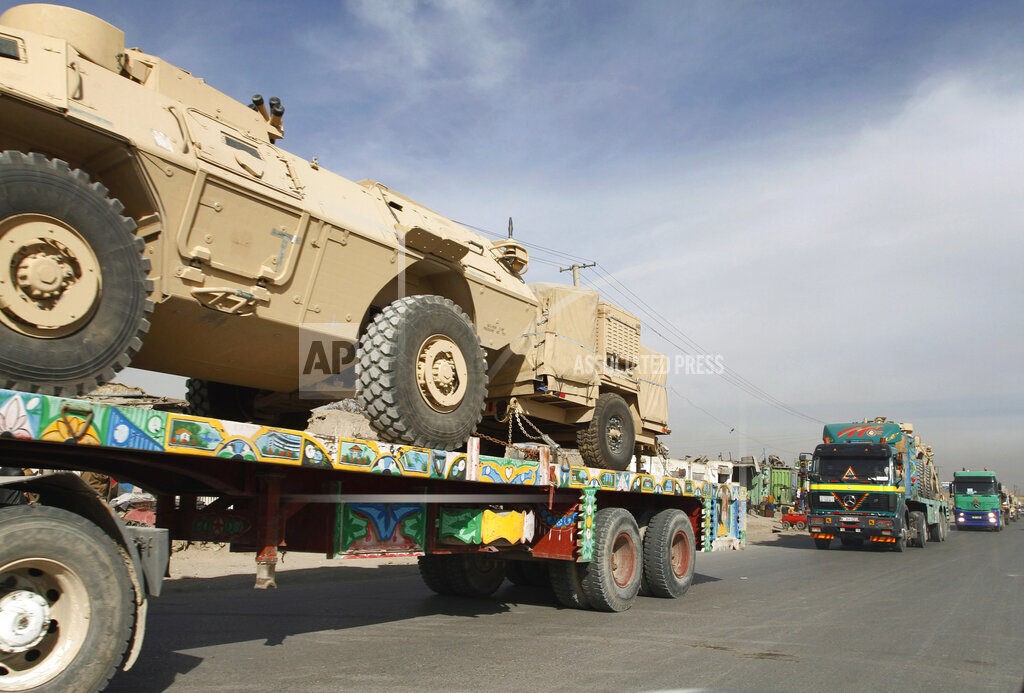 FILE – In this Jan. 17, 2010 file photo, a convoy of trucks carry U.S. equipments in Kabul, Afghanistan. The U.S. military estimates that $360 million spent on combat support and reconstruction contracts in Afghanistan has ended up in the hands of people the American-led coalition has battled for nearly a decade: the Taliban, criminals and local power brokers with ties to both. (AP Photo/Musadeq Sadeq, File)

Daines continued in his letter:

According to one Administration official, “everything that hasn’t been destroyed is the Taliban’s now.” Under normal military protocols, an accidental equipment mishap can trigger an automatic investigation and can have career-altering consequences for ordinary service members. Who in your Administration will be held accountable for this profound and preventable loss?

Daines demanded that Biden tell the American people how the federal government will prevent the Taliban from using taxpayer-funded military equipment seized by the Taliban.

“I ask you to explain to the American taxpayer your plan for preventing this equipment from being used for terrorist acts, propaganda, and funding; and to mitigate sensitive equipment from falling into the hands of our adversaries for intelligence or reverse-engineering purposes,” Daines concluded in his letter.

How Will The Democrats Get Rid Of Biden?