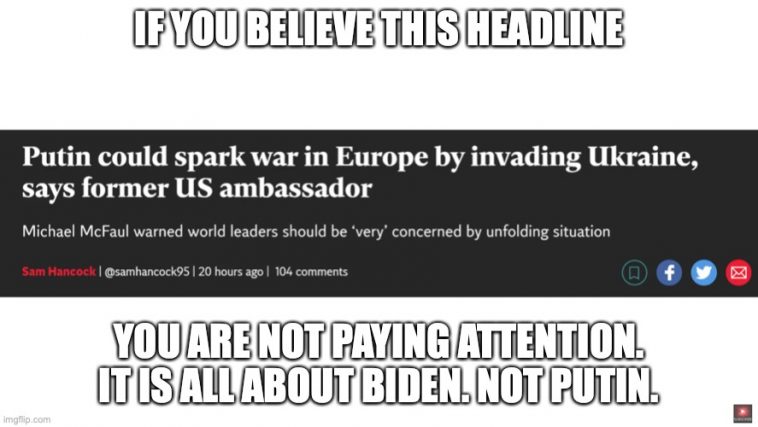 We want to present Dr Steve Turley, who speaks here about the “war drums” beating in Western media, offering us a new war between the Russian Federation and Ukraine. He does an excellent job describing the situation (though, admittedly, we could pick at a few particular issues I think he does not have correct). He also does a very good job putting things in perspective, that if anything, the “buildup” of Russian forces near the Eastern Ukrainian border regions is designed to give Ukraine a moment of pause before attacking rebel forces in Donbass.

In short, the only way Ukraine can come through this unscathed is for the American response to it. In other words:

I covered in my own piece here the notion that Joe Biden is the biggest problem in the Russia-Ukraine-US equation because he is unstable, thereby making the United States itself unstable. There are a lot of hawkish neoliberal and neocon people that have an insane urge to go to war with Russia through Ukraine as a proxy. The worst aspect of this is that there are Ukrainian people who think this would be a good idea, too.

Dr. Steve’s response to this is worth listening to and watching. While I personally think a war is extremely unlikely, it would happen because of a flawed American response, not because of a flawed Russian response, and like Dr. Steve, I do not trust the American government to act wisely in this situation, especially given that Imposter Joe called Vladimir Putin a murderer recently.