A new survey shows that 51 per cent of women in Stockholm, Sweden feel unsafe going out at night, while the number who feel insecure in the daytime has doubled.

According to the County Administrative Board’s new citizen survey, more than half of women feel insecure in the evenings while the overall figure who feel unsafe rose from 33 per cent to 44 per cent.

Since 2011, the proportion of citizens who feel unsafe in their own residential area during the daytime almost doubled from 11 per cent to 20 per cent.

“The growing insecurity in Stockholm is also underscored by the fact that more and more county residents are refraining from activities due to concern about being exposed to crime, such as walking, cinema or visiting acquaintances,” the report stated.

34 per cent of county residents now say they have ceased almost all outdoor activity due to fear of crime, compared to 20 per cent who gave the corresponding answer in 2011.

Sweden continues to experience huge problems with violent crime, shootings, explosions and grenade attacks, mostly as a result of turf warfare between rival migrant gangs. The country has accepted hundreds of thousands of new migrants, mainly from Africa and the Middle East, since 2015.

A recent opinion poll found that the anti-mass migration Sweden Democrats are now the most popular party in Sweden. The Sweden Democrats would get 24.2% of the votes if an election was held today, beating the ruling Social Democrats.

Back in October, Leif Östling, former CEO of trucking company Scania, warned that Sweden is heading towards civil war due to uncontrolled mass immigration.

“We’ve taken in far too many people from outside. And we have. Those who come from the Middle East and Africa live in a society that we left almost a hundred years ago,” he said.

Meanwhile, new figures show that more Swedes than ever before are on anti-depressants, with a million of them taking the pharmaceutical drugs.

That’s one tenth of the population – double the amount who took anti-depressants in the early 2000s.

What could possibly explain the reason as to why people living in Sweden’s progressive utopia feel so unsafe and unhappy? 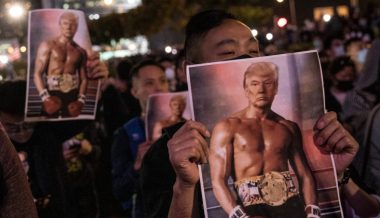