American consumer debt pushed to a new record of $4.15 trillion in September. Part of that equation – the continued surge in the levels of student loan debt.

Even with the skyrocketing level of student loan debt, more students aren’t attending college. In fact, between 2010 and 2017, college enrollment dropped by 7%, according to the National Center for Education Statistics and enrollment was projected to remain flat. So we have fewer students borrowing more money to finance their educations.

All of Washington — both parties, Congress & White House — pretend that the national debt has no consequences. They talk about reparations for slavery because they don’t want you to see we are all becoming indentured slaves.

Before the government got involved, college wasn’t all that expensive. It was government policy that made it unaffordable. And not only did it manage to dramatically drive up the cost of a college education, but it also succeeded in destroying the value of that degree.

“Before the government tried to solve this ‘problem,’ it really didn’t exist.”

Peter isn’t just spouting rhetoric. Actual studies have shown the influx of government-backed student loan money into the university system is directly linked to the surging cost of a college education.

With all of that easy, government-backed money pouring into higher education, everybody has scrambled to get a piece of the pie. As WolfStreet put it, students have become a conduit from the American taxpayer a whole host people including:

Keep in mind, American taxpayers ultimately hang on the hook for the vast majority of these loans. In a speech late last year, Education Secretary Betsy DeVos revealed just how significant the level of student debt has become, noting that it comes with “significant risk.”

“At 1.5 trillion dollars, FSA’s loan portfolio is now one-third of the Federal government’s balance sheet. Last year, uncollateralized student loans—which are all of them, by the way—accounted for over 30 percent of all federal assets. One-third of the balance sheet. Only through government accounting is this student loan portfolio counted as anything but an asset embedded with significant risk. In the commercial world, no bank regulator would allow this portfolio to be valued at full, face value. Federal Student Aid has a consumer loan portfolio larger than any private bank. Behemoths like Bank of America or J.P. Morgan pale in comparison. FSA also is the largest direct loan portfolio in the whole Federal government—by far—surpassing all other federal direct loans combined by 1.1 trillion dollars.”

DeVos admitted that the spiraling level of student debt has “very real implications for our economy and our future.”

“The student loan program is not only burying students in debt, it is also burying taxpayers and it’s stealing from future generations.”

The student loan mess is yet another bubble created by the government.

The impeachment inquiry hearings are exposing how thin the Democrat arguments truly are. 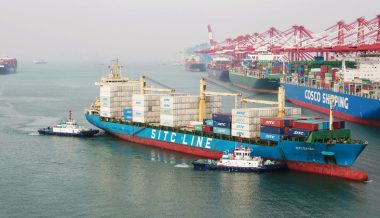 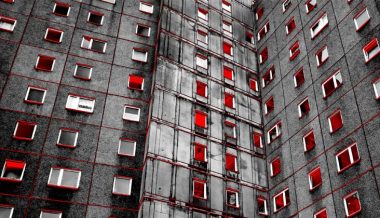 Commerce Secretary Raimondo: Vaccine Mandate ‘the Single Best Thing We Can Do’ to Help Restaurants, Hotels

The US Economy In A Nutshell: When Critical Parts Are On “Indefinite Back Order”, The Machine Grinds To A Halt