A pinch of gold is the key ingredient in a new coating that promises to be a major boost to the battle against infections.

The substance could help halt disease in its tracks if applied to phones, keyboards and hospital equipment.

The coating is a significant breakthrough, because its light-activated technology successfully kills bacteria in a low light intensity, such as is found in hospital wards and waiting rooms. Previous efforts had required light that was ten times stronger to prove effective.

A new study says that, along with phone screens and keyboards, the bacteria-killing coating should be applied to the inside of catheters and breathing tubes, which are a major source of healthcare-associated infections.

The clever coating is made of tiny clusters of chemically modified gold that are embedded in a polymer with crystal violet — a dye with antibacterial and antifungal properties.

“Dyes such as crystal violet are promising candidates for killing bacteria and keeping surfaces sterile as they are widely used to disinfect wounds,” the study’s first author, Dr. Gi Byoung Hwang said.

“When exposed to bright light, they create reactive oxygen species, which in turn kill bacteria by damaging their protective membranes and DNA. This is amplified when they are paired with metals such as silver, gold and zinc oxide.”

The gold plays a key role in the success of the coating, because it produces hydrogen peroxide, enabling the substance to break down E. coli. The nasty bug had been proving tougher to kill because of its double membrane structure.

The clusters contain only 25 atoms of gold, so only minuscule amounts of the precious metal is required to make the coating, making it attractive for wider use.

Alex Jones breaks down why and how America’s economic infrastructure will be put to the ultimate test by the panic created by the coronavirus outbreak. 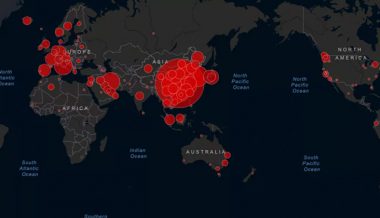 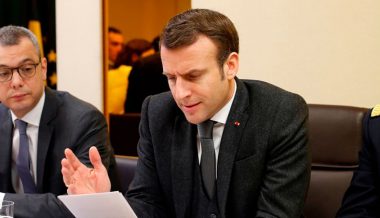 Fauci Says Omicron Variant Will ‘Inevitably’ Be In US, Speculates It Could Be ‘Highly Transmissible’