Christian Slater and wife Brittany Lopez have welcomed a baby girl, the couple’s first child together since they tied the knot five years ago.

A representative for the 50-year-old actor confirmed the exciting news of about the birth of the actor’s daughter to People magazine in a piece published Thursday. (RELATED: Robin Thicke And April Love Geary Share Life-Changing News) 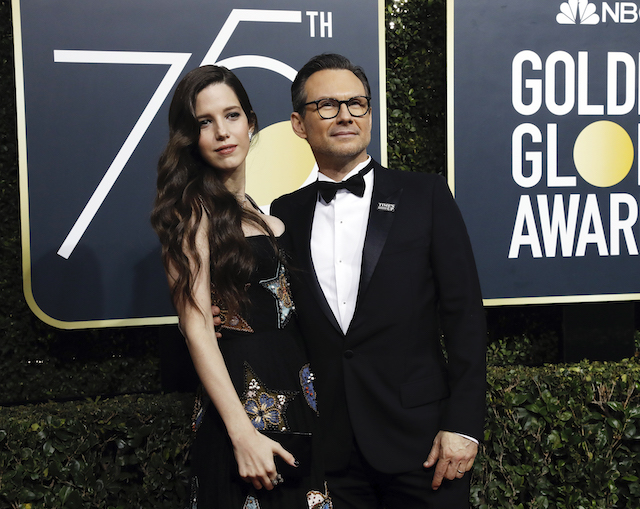 The “Mr. Robot” star and producer and Lopez got married in December 2013 at an intimate ceremony at the courthouse in Coral Gables, Florida, with friends and family after they had dated for three years. (RELATED: Nick Cannon Welcomes Son Into The World)

“It will be good, intimate, and small and family members. It will be nice,” Slater shared in May 2013 of the upcoming event.

The “Heathers” star was previously married to Ryan Haddon and the two have two children together, an 18-year-old daughter Eliana Sophia and 20-year-old son Jaden Christopher, per Page Six.

In the June-July 2015 issue of Interview magazine, Slater talked about how being the father of then-two kids changed him.

“When I look around … I’m certainly happily married, I have a great relationship with my kids,” the superstar actor shared, adding that he’s “excited to get the opportunity to be a bit more of a father” in his life.