The suspected Santa Clarita shooter died of a self-inflicted gunshot wound Friday after shooting five of his fellow students at a California school Thursday, authorities said, according to a statement.

Nathaniel Tennosuke Berhow, 16, pulled a handgun from his backpack while at Saugus High School on Thursday, killing two students and wounding three others, authorities said. He was being treated for a self-inflicted gunshot wound to the head after the school shooting and died with his mother present, CBS News reported Saturday.

Gracie Muehlberger, 15, and Dominic Blackwell, 14, died from the shooting spree. The other three victims are expected to recover, and one was released from the hospital Saturday, according to a statement from her family, CBS News reported. (RELATED: Death Toll In El Paso Shooting Rises To 22) 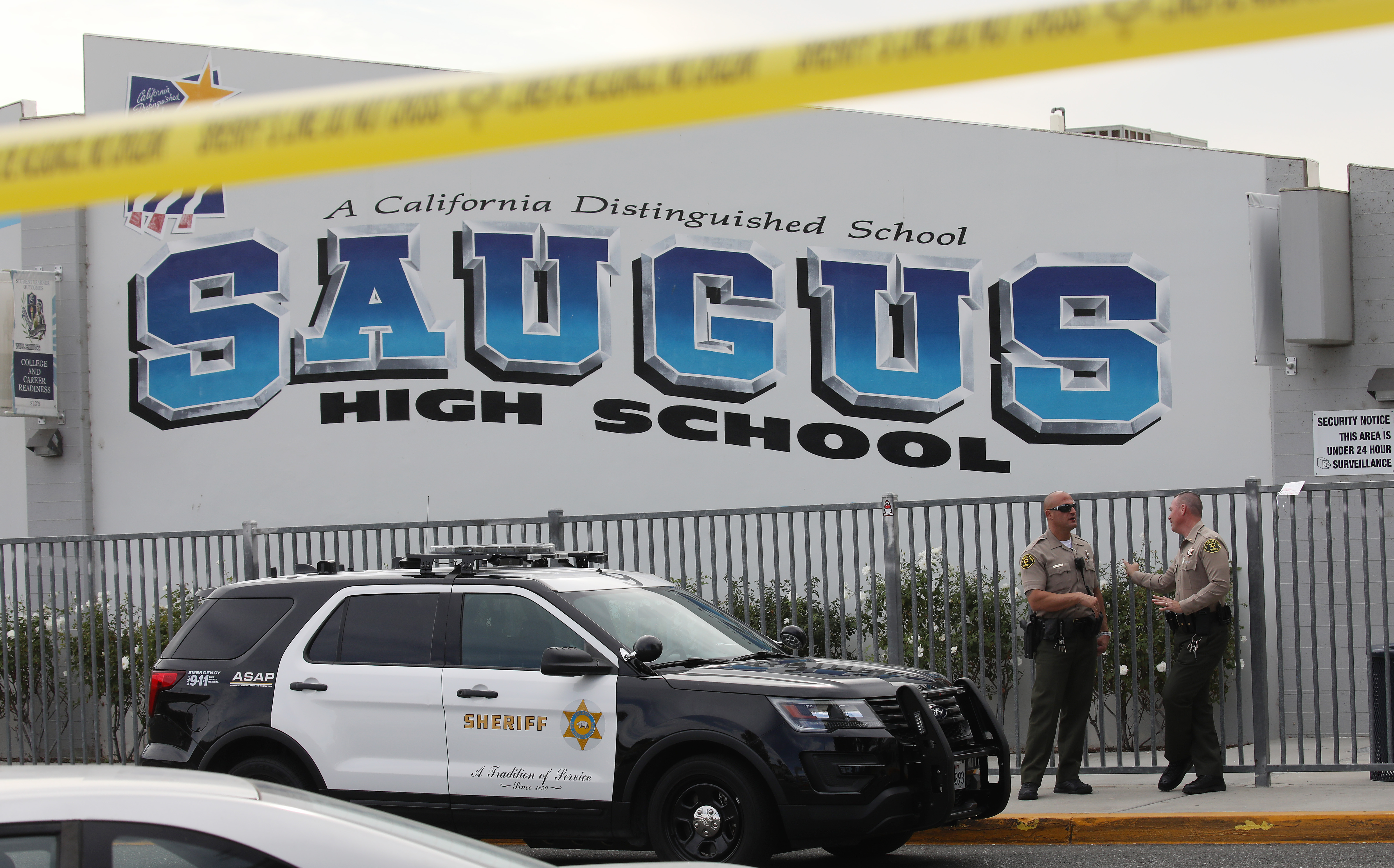 L.A. County Sheriff’s Deputies are positioned at Saugus High School a day after a deadly shooting there on November 15, 2019 in Santa Clarita, California. (Mario Tama/Getty Images)

The shooting occurred on Berhow’s sixteenth birthday, and authorities still don’t have a motive behind the deadly assault. The teenager didn’t leave a manifesto or diary behind and hasn’t yet been tied to any violent group. The attack appears to have been planned because Berhow shot himself with the last bullet in the handgun, authorities said, according to CBS News.

Berhow’s deceased father had six registered guns in the home, and the house had several other unregistered firearms, according to authorities. The gun used in the attack was not one of the ones registered to Berhow’s father.

“He shot two people and I saw that happen,” Micah Turner, a sophomore who saw the shooting, told CBS News. “I just saw him fire one, two, three and then I knew, I was like I needed to get out of there.”