The Swedish Board of Education has backed down from a plan to erase teaching of the country’s ancient history and replace it with “postmodernism” classes after a huge backlash.

Skolverket initially announced a plan to abolish teaching of history prior to 1700, including ancient Greece, the Swedish Great Power era in the 17th century, Rome, and the dark ages.

The classes were set to be replaced by a greater focus on “postmodernism” and the post war 20th century era.

However, the board was forced to back down after acknowledging there was “a lack of support for our suggestion.”

The original proposal was widely denounced, including by Professor of History Dick Harrison, who labeled the idea “intellectual suicide and f**king sick.”

One wonders what kind of state a country is in that it would try to abolish teaching of its own history.

Back in 2017, “cultural journalist” Kristina Lindquist said that Sweden is so xenophobic, it doesn’t even deserve to celebrate its own national day and that “nationalism should be wiped out.”

The next year, Sweden appointed a Pakistani Muslim migrant as the head of its national heritage board, with the individual admitting that he had not “read anything about cultural heritage.” 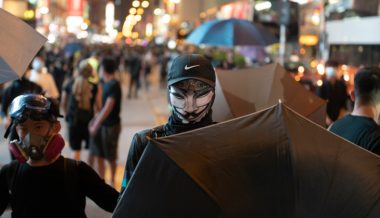