Swedish social democrat MEP Helene Fritzon heavily criticized Hungary’s government in an op-ed for Aftonbladet. She claimed that there are no women in the government, and that the proportion of women in the parliament has dropped. According to Fritzon, the Orban government “pays women to have more children.”

Hungary’s ambassador in Stockholm, Adrien Müller responded in an op-ed for Aftonbladet aswell. According to the diplomat, Fritzon “singled out Hungary with animosity” and “mistakenly or on purpose uses fake facts and misleading arguments.”

Regarding Fritzon’s criticism of the pro-family action plan, the ambassador wrote:

“If she refers here to the family policy package introduced by the Hungarian government providing more opportunities and support for women’s and families’ work and family life balance, she does not understand the basics of these measures. Thus, it would be better if she didn’t comment it at all.”

Müller stressed that the government “is committed to support families and this is its answer to demographic challenges instead of increased immigration or compulsory migrant quotas which are both so much supported by the Swedish government.”

According to Heléne Fritzon, Swedish SocDem MEP and member of the #Committee on Women’s Rights and Gender Equality of the #EP, there is no woman in the #Hungarian government. Ms Fritzon, as one of the female ministers of the HU government, I cannot share your concerns.

Google whistleblower Zach Vorhies and Alex Jones break down the demoralizing tactics of the left by spreading hate for America. 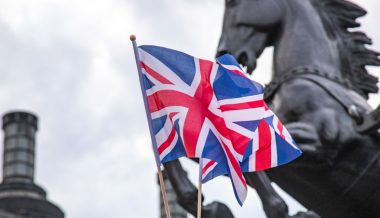 Can Mass Track & Trace Take your Job, Remove You From Your Home & Take Your Kids? – Watch Live

A cold war is heating up this summer

US prepares to withdraw the Treaty on Open Skies

Coronavirus did not stop the US mega maneuvers

A cold war is heating up this summer