The Taliban and Afghan government agreed to free American and Australian professors for three senior Taliban members, according to officials on both sides.

The American and Australian professors, Kevin King and Timothy Weeks, who both taught at American University of Afghanistan, were reportedly released as part of an effort by American special envoy to Afghanistan Zalmay Khalilzad, The New York Times reported Tuesday, citing the officials.

Afghan President Ashraf Ghani said the exchange would help to bring “peace and stability” to the country during a televised speech, according to The Washington Post.

Afghanistan to free two senior Taliban commanders and a Haqqani militant group leader to secure the release of an American and an Australian from Taliban captivity, President Ashraf Ghani said https://t.co/3RUcKE8SHC pic.twitter.com/0uX3D73ge8

“In consultations with our international partners, especially the U.S., we have adopted a mechanism and approach to make sure the release of these three men wouldn’t reinforce the … enemy and intensify attacks by them,” Ghani said during his speech.

The Taliban abducted both professors in 2016, and their exact whereabouts are unknown, WaPo reported.

US professor Kevin King to be freed in prisoner swap between Afghanistan and Taliban https://t.co/ZywP7BJ7YD pic.twitter.com/SaSIPDQGrJ

The three Taliban members being held at a government detention center are all part of the Haqqani network, an Afghan guerrilla insurgent group — one of whom is the younger brother of the Taliban’s military operations leader, according to WaPo.

American University of Afghanistan said in a statement that it was “encouraged” by news of the “possible release” of King and Weeks. The university also pressed for “the immediate and safe return of our faculty members who have been held in captivity, away from friends and families, for more than three years,” WaPo reported.

See The Strategic Withdrawal From Syria Laid Out

Alex Jones breaks down the history behind and leading up to the withdrawal of U.S. Troops from Syria. 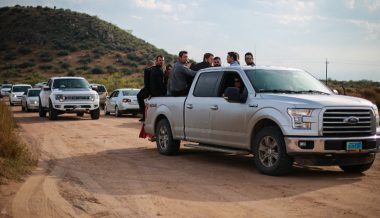 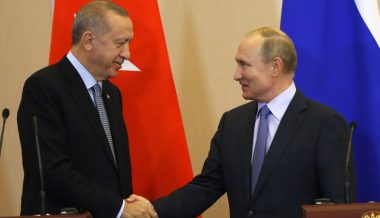 Taliban Announces It Will Not Cooperate with U.S. to Stifle Islamic State Ahead of Meetings Between Officials